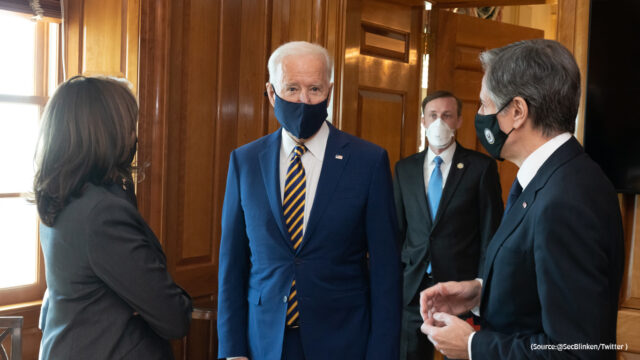 “The Biden administration has recommitted the United States to a foreign policy centered on democracy, human rights, and equality. Effective use of multilateral tools is an important element of that vision, and in that regard the President has instructed the Department of State to reengage immediately and robustly with the UN Human Rights Council,” read the statement released by the US Department of State.

The US under Trump administration had quit UNHRC in June 2018 citing “bias.” Then US envoy to the UN, Nikki Haley, said it was a “hypocritical” body that “makes a mockery of human rights”.

The Biden administration has also recognised UNHRC as a “flawed body” and its “disproportionate focus on Israel.” However, the new administration believes withdrawal from UNHRC resulted in a “vacuum of U.S. leadership” which authoritarian countries have used in their favour.

The statement by the US Department of State read, “When it works well, the Human Rights Council shines a spotlight on countries with the worst human rights records and can serve as an important forum for those fighting injustice and tyranny. The Council can help to promote fundamental freedoms around the globe, including freedoms of expression, association and assembly, and religion or belief as well as the fundamental rights of women, girls, LGBTQI+ persons, and other marginalized communities. To address the Council’s deficiencies and ensure it lives up to its mandate, the United States must be at the table using the full weight of our diplomatic leadership.”

UNHRC was established in 2006 as a successor of the UN Commission on Human Rights (UNCHR). The Commission on Human rights was heavily criticised for failing to achieve its goal to protect human rights around the world and hence was replaced with a new body. However, over the years, the Human Rights Council has also been criticised on similar grounds. The foremost criticism of UNHRC is that the countries with poor record in human rights are elected as members of the council. UNHRC has 47 members with seats distributed among the regional groups such as Asia, Africa, and Latin America.

UN Secretary-General António Guterres has welcomed the US decision to join UNHRC.
“The Human Rights Council is the world’s leading forum for addressing the full range of human rights challenges. The Council’s mechanisms and special procedures are vital tools for ensuring action and accountability. The United Nations looks forward to hearing the crucial voice of the United States across the Council’s urgent work,” read the statement released by Spokesman for the Secretary-General.