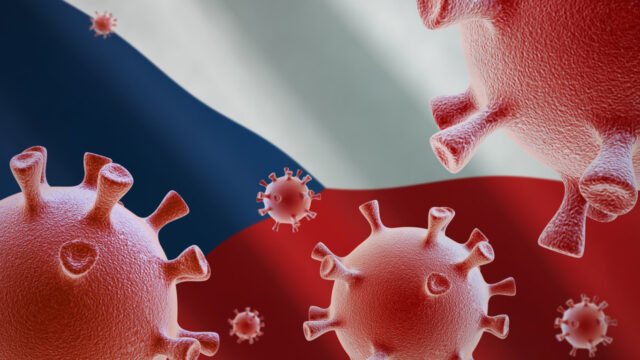 The economy is largely driven by exports, particularly in the automobile sector (the country’s single largest sector), machinery industry including the production of electronic equipment, and iron and steel production sectors (Workman, 2020). Its reliance on exports, however, makes the economy more vulnerable to contractions in the external market or demand. The economy of the Czech Republic, as a consequence of its geographical proximity, is closely integrated into that of Germany, the largest economy in the Eurozone. Germany is the number one market for the manufacturing exports coming out of the Czech Republic and the economy of the Czech Republic remains incredibly sensitive to the economic performance of Germany, its main export market. For instance, during the Eurozone sovereign debt crisis of 2008, the economic crisis faced by Germany led to a massive decline in the demand for Czech goods, which in turn led to a fall in the real GDP of the Czech Republic in the fiscal year 2009 (Dimireva, 2017).

The Czech economy scores remarkably well in almost all economic indicators and according to the 2019 Index of Economic Freedom published by Heritage Foundation, it is the 23rd most free economy in the world (Kafkadesk, 2020). While certain long term challenges need to be dealt with concerning the aging population as well as a diversification from manufacturing to a more high-tech and service-based economy, the overall economic growth has remained steady. Domestic consumption has also picked up in recent years which has helped in the economic growth of the country and has also slightly reduced vulnerabilities to external demand. As per the latest International Monetary Fund (IMF) reports, the inflation rates have also been maintained and the wages have increased substantially in the last few years (IMF, 2019). Economic prosperity has also brought with it a rising standard of living for the people of the country and a well-established infrastructure has also aided in the same.

The impact of COVID-19 on the economy

The economy of the Czech Republic was growing at a solid pace and was in a good condition before the emergence of the COVID-19 pandemic, which has been the cause of immense economic devastation on a global scale. The pandemic has completely shattered all economic predictions or forecasts for the financial year of 2020 as the strict lockdowns undertaken by various countries have had massive economic repercussions. The Economist, for instance, has revised its earlier economic forecast and now states that the Czech real GDP growth is likely to experience a 5 percent contraction this year (Economist Intelligence Unit Digital). However, it is now being held that the contraction can be higher than the revised estimates even.

To curtail the spread of the COVID-19 virus, all the affected countries have initiated severe lockdowns that have dealt a substantial blow to the global supply chains and have also inevitably led to a partial halt on all manufacturing activities throughout the European continent. The economy of the Czech Republic, an export-driven market economy, is especially susceptible to the economic consequences of the pandemic because of the losses incurred by its domestic manufacturing sector as well as exports. The plummeting of external demand for Czech exports has gravely affected its economy.

For instance, the automobile sector of the Czech economy is the largest contributor behind the highly positive net exports of the Czech Republic and this sector has been among the most affected ones of the Czech economy. The outbreak of the virus led to the temporary closure of the production plants for the automobile industry (Credendo, 2020). This closure did not just harm domestic sales but also disturbed the existing production chain of motor vehicles and affected the thousands of employees working in this industry. Similar effects could be seen in other export industries such as steel and iron, machinery, etc. (Credendo, 2020).

Apart from the downturn experienced by the manufacturing sector, the tourism industry, transport as well as retail among numerous others have also been negatively affected. Due to this, the Czech Ministry of Finance has stated that an economic recession in the first half of 2020 is inevitable. For example, the retail sector is considered to employ about 500,000 people and the introduction of lockdowns and imposition of restrictions on economic activities and movement to curb the spread of the virus has led to the closure of approximately 70 percent of the total retail space, which has grave implications for the people who are employed in this sector (Cushman & Wakefield). However, recent figures indicate that the loosening of restrictive measures has ensured that the retail sales are starting to return to the levels that they were at before the emergence of the COVID-19 virus. Even though the footfall is lower than normal, the flexible methods adopted by the retail sector has meant that retail sales are coming to normal levels.

To reduce the economic consequences of the pandemic, the government has introduced various measures to support the economy. One important measure introduced by the government of the Czech Republic is the employment protection scheme, labeled ‘Anti-virus’. Under this programme, the state will contribute to the salary of the employees if the employer is unable to pay them to prevent layoffs. Other programs to boost household consumption rates and private investment along with maintaining liquidity have also been implemented by the Czech authorities to offset the economic burden caused by the pandemic. With the rise in unemployment and revenues gained from taxes expected to decrease, the fact that the Czech Republic has one of the lowest amounts of public debt in the European Union means that the government can handle the deficit (Credendo, 2020). Furthermore, the strict restrictions imposed by the government are gradually being reduced and this means that the economic rebound can start happening soon. For instance, with the lessening in lockdown measures, the automobile sector is showcasing a strong economic rebound. However, the tourism industry and tourism-related sectors are expected to take much longer because of the global decline in this industry and people’s reluctance to travel in pandemic settings.

Implications for the Future

The economy of the Czech Republic was showing solid economic growth before the emergence of the pandemic. The relatively good economic conditions of the Czech economy meant that the economic blows associated with COVID-19 were cushioned to a certain extent. The stable economy is not expected to take as long in its economic recovery as certain other countries in its neighbourhood. While the indirect effects of the pandemic will take a toll on the economy in terms of unemployment rates, the decline in consumer sentiment as well as deterioration in business sentiment, the government initiated measures will ensure a faster recovery on those fronts as well.

Furthermore, the pandemic exposed long-standing weaknesses of the economy which are now being worked upon through government programmes and initiatives. For instance, the reliance on food imports was highlighted in this period. The government has since then released about 3.3 billion Czech korunas to establish a Rural Development Programme to ensure self-sufficiency in terms of food security. The large support measures introduced by the government are expected to help the domestic economy recover at a faster rate. However, the real recovery of the Czech economy may take time as it is also dependent on the economic conditions and external demand from nearby European economies, particularly that of Germany. Czech Republic is aware of the current global situation affected by the coronavirus pandemic as a threat, but also as an opportunity to engage in activities leading to a transformation of our thinking, a new start, based on sustainable development, environmentally friendly, but at the same time enabling continuous, economic prosperity based growth. COVID-19 is one of the most unprecedented challenges humanity has ever experienced, in whatever terms, whether social, economic or environmental. This unfortunate situation means also the important wake-up call, which could be a turning point ahead in our efforts to reconcile the economy with the planet we live on and change society for the better. The European Union, of which the Czech Republic is a proud member, plays a leading role in these activities, understanding green diplomacy as a new growth paradigm. The promotion of renewable energy sources, the environment and climate change research is the subject of an EU-India Partnership, where Czechia is certainly not standing aside. Czech corporates do not want to stand behind. They too are becoming more aware of their environment -related footprints and pushing for greater sustainability plans. A leading NGO body – Institute of Circular Economy – was so during this mission accompanied by a dozen of Czech companies from the field of waste management and circular economy – Cyrkl, Ekopanely, Enress, Erc-Tech, Florium, H2O Group, IBCSD LAB, LOGeco, Pharma Invest & Development, Plastia, Stabilplastik and Wero Energy.

Environment, Climate and Energy Diplomacy is high on Agenda of Activities of Indo-Czech bilateral ties, due to recognition of the challenges that both Czech Republic and Republic of India face in terms of balancing prosperity and environmental concerns; Czech Republic perceives Sustainable Economy as a key to Economic Revival and Sustainable & Equitable Growth and acknowledges the progress, which India poses in order to mitigate negative impacts on environment; important role play above all Government programs.

Since the pandemic has completely disrupted the existing global supply chains and highlighted the importance of not depending on one or two main trade partners, the government of the Czech Republic may be looking to deepen economic relations with other countries in the world. One major prospect in this regard can be India. The economic and trade ties between Indo-Czech have increased monumentally in recent years with the bilateral trade estimated to be around 1.5 billion US dollars in 2019 (Embassy of India, Prague, Czech Republic). The two countries have indicated that they intend to increase their trade to about 5 billion US dollars by 2025. This deepening of economic ties will only be beneficial to both sides, particularly in these settings.