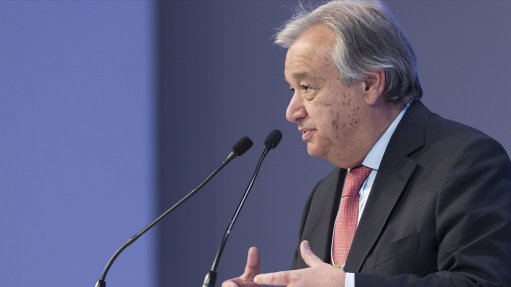 United Nations Secretary-General Antonio Guterres has called for an immediate end to the fighting in Ethiopia, as the United States has warned that there is “no military solution” to the African nation’s civil war. According to the recent media reports, the Prime Minister of Ethiopia was at the front “giving leadership from the battlefield” amid an escalating year-long crisis. High-profile Ethiopian athletes, including Olympic gold medalist and national hero Haile Gebrselassie, parliamentarians, party and regional leaders have also pledged to join Ethiopian forces battling rebels from the northernmost Tigray region, with men in Addis Ababa also joining up. The call to end the fight came immediately after these reports made the headlines. The United Nations chief has already called for an unconditional and immediate ceasefire and to settle the situation.

The conflict of Tigray goes back to previous generations in Ethiopia. But it was last year that the conflict got accelerated. In November 2020, Ethiopian Prime Minister Abiy Ahmed ordered a military offensive in the northern Tigray region ad promised that the conflict will be settled soon. It has been a year since the incident and there has been no solution but only violence. The fighting has left thousands of people dead, displaced more than 2 million people, fueled famine and given rise to a wave of atrocities. Although the government has denied any harm to the civilians, the reports published by various human rights observers have some other saying. Thousands of people have died in the fighting, by many estimates, with reports of razed refugee camps, looting, sexual violence, massacres and extrajudicial killings. Many more have fled to Sudan, in what the United Nations has called the worst exodus of refugees from Ethiopia seen in two decades. They describe a disastrous conflict that’s given rise to ethnic violence.

Ethiopia’s government has severely restricted access to journalists, and a state-enforced communications blackout concealed events in the region, making it challenging to gauge the extent of the crisis or verify survivors’ accounts.

The United Nations Chief Guterres during a joint address with Colombia’s President Ivan Duque stated that “The peace process in Colombia today inspires me to make an urgent call to the protagonists of the conflict in Ethiopia for an unconditional and immediate ceasefire.” He further added, “I would very much like Colombia to be the example followed by the leaders in Ethiopia.”