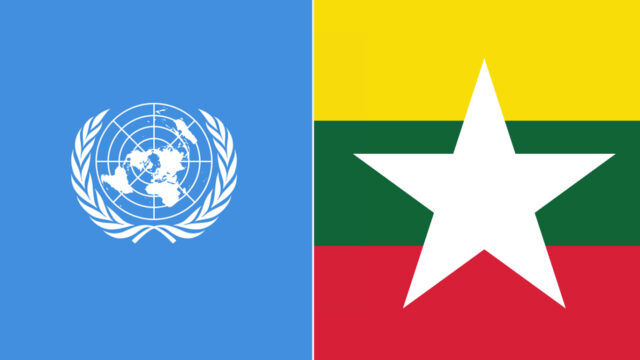 The United Nations independent expert requested the military junta in Myanmar as well as all the countrymen to consider a COVID ceasefire. This was done after reports of a sharp increase in the number of cases in the country. There have been constant updates about the attacks being carried out on the people by the military. The concern was more about the things that the medical personnel have been facing. The nurses and doctors were attacked and arrested recently by the military as well as police.

The Reuters reported that the Myanmar military had been arresting the doctors involved in COVID 19 treatment. It is believed that the doctors played an important part in the civil disobedience movement that was being carried out in the country against the coup. The report said the doctors and offering tele services and others were detained in two large cities Mandalay and Yangon.

The special rapporteur on the situation of human rights in Myanmar, Thomas Andrews requested all the member states of the UN to give up their “complacency” and take firm steps to overcome the  ruthlessness being portrayed by the Junta. He also emphasise that the pandemic was spreading much more now and because of the arrests of the medics, the numbers remain unchecked. He urged the members of the UN to convince the military to end the violence and also asked the international organisations to deliver vaccine doses and related medical care.

Andrews also reported that the situation was so bad that people were being shot by the military for standing in lines for oxygen cylinders. There is a big shortage of oxygen cylinders, equipment and medication. The Guardian reported that there was a new system that was operating in the country by which people were hanging flags of different colours outside their houses to communicate the need for food or medicine. There is a fear that Myanmar will turn into a super spreader through its borders. The Office of the High Commissioner of the Human Rights published a report demanding a COVID Ceasefire and also for a new UN resolution to help the condition in the country.

The United Nations Security Council passed a resolution in January 2021 that called for ceasefires in all conflict ridden areas so that vaccinations could be carried out easily. Yet, the state of affairs is very critical in the country. While there have been many efforts in the past by the big powers around the world, there has hardly been any improvement. In fact the military has taken extreme steps despite the sanctions to freezing of assets of the individuals involved in the coup by the western countries.

The hope is that sense will prevail and the military will let the covid medical supplies get distributed. The actions by the members of the UN are awaited now.