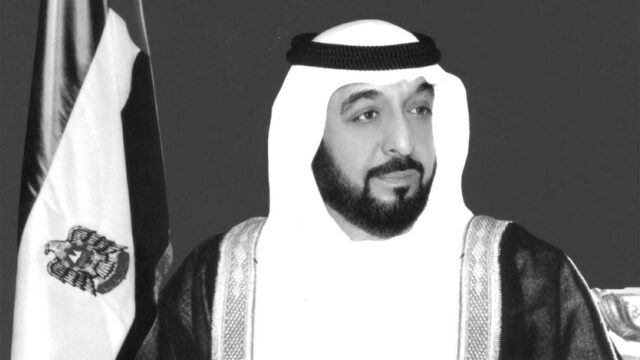 On being coronated, his hope was to follow in the footsteps of his father. In a heart-warming speech, he said, “[Sheikh Zayed] will continue to be the beacon guiding us into the future, a prosperous future where security and stability will reign.” President Sheikh Khalifa bin Zayed Al Nahyan had even visited India twice and was known to be a great ally to India. In a letter to PM Modi, he had said, “Our strong relations are deeply rooted in history. Our strategic cooperation has increased, driven by our mutual aspirations to develop it.” Thus, his death is indeed a tragic loss to the world.

The state news agency, WAM, condoling the people, said in a statement, “The Ministry of Presidential Affairs condoles the people of the UAE, the Arab and Islamic nation and the world over the demise of His Highness Sheikh Khalifa bin Zayed Al Nahyan, the president of the UAE.”

It is reported that ever since Sheikh Khalifa suffered a stroke and underwent surgery in 2014 he was rarely seen in public. Born in 1948 in Abu Dhabi, 23 years before the establishment of the UAE in 1971, Sheikh Khalifa was the oldest son of Sheikh Zayed, the country’s founding father.

“The Emirates has lost its virtuous son and leader of the ‘stage of empowerment’ and the trustee of its blessed journey,” Mohammed bin Zayed tweeted on the loss of his older brother and mentor. “His stances, achievements, wisdom, generosity and initiatives are in every corner of the nation… Khalifa bin Zayed, my brother… may God have mercy on you and grant you access to paradise.”

Following the Islamic tradition, the Emirati state news agency WAM reported on Twitter that, there will be 40 days of official mourning and the flags will be “at half-mast and three days closure of ministries and official entities at the federal and local levels and the private sector.”

Sheikh Khalifa bin Zayed bin Sultan Al Nahyan (7 September 1948 – 13 May 2022) was the president of the United Arab Emirates, the emir of Abu Dhabi and the supreme commander of the United Arab Emirates Armed Forces since 2004. He was also the chairman of the Supreme Petroleum Council from the late 1980s. Sheikh Khalifa was a visionary in all prospects, he played a key role in modernising the emirates. Sheikh Khalifa was blessed with deep intellect, a kind heart and sharp insight. He made persistent efforts to carry on the legacy left by his father, Late Sheikh Zayed bin Sultan Al Nahyan and emerged as a reliable leader, prioritising the prosperity of the citizens and residents.