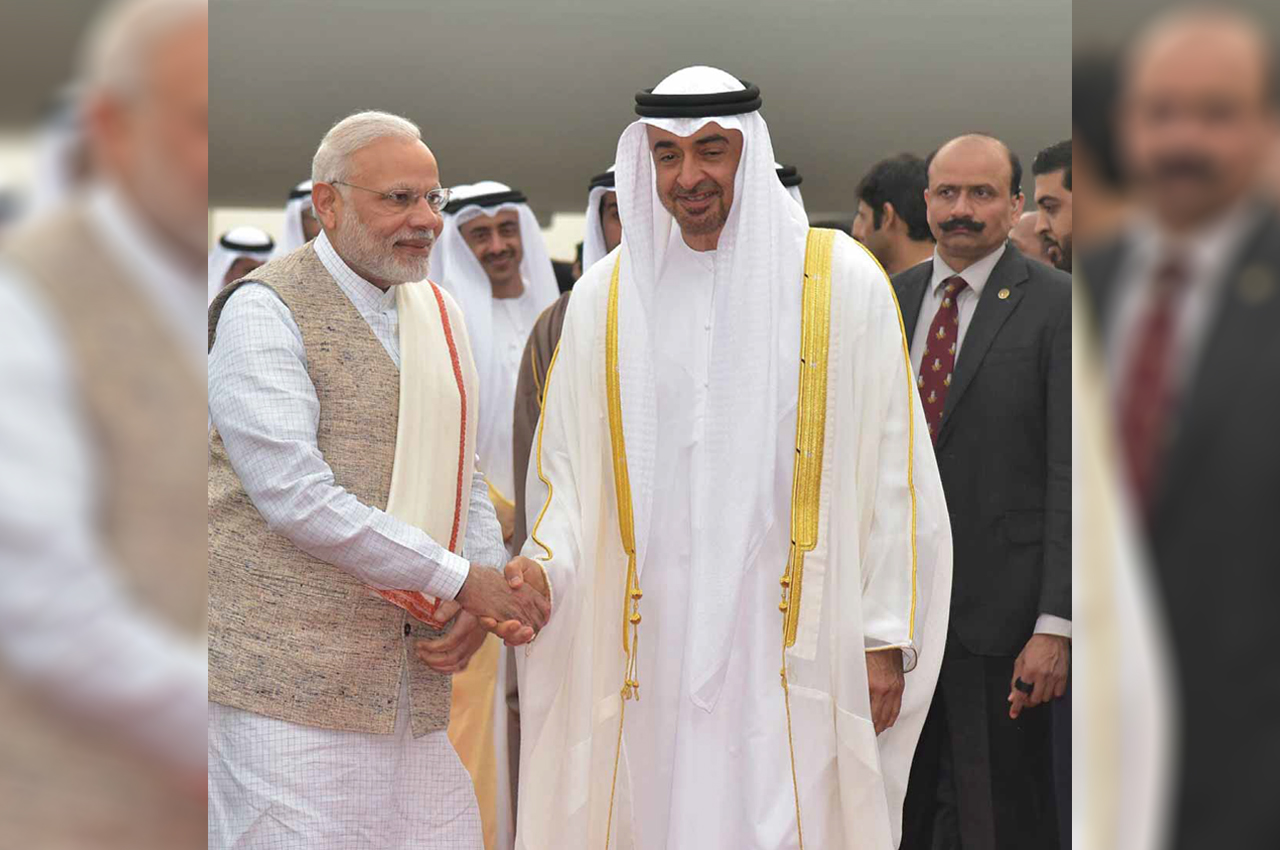 UAE-India: As India followed the Five Principal of  Peaceful Co-existence (Panchsheel), one of which was to respect the sovereignty of other countries; India and UAE established diplomatic relations in 1972. It was oil that brought the Western world closer to the Middle East, but theoretically, the Asian economies like India were closer to the region; not just in terms of cultural synonym, but also due to its geographical proximity, the huge Indian population that thrives there and economic inter-dependence between the two. These features augmented the relations between the two countries. A federation of seven Emirates; and, a prominent member of the GCC, the UAE signed a ‘Cultural Cooperation Agreement’ with India in 1975.

The relations were substantiated by the then Indian Prime Ministers (Smt. Indira Gandhi) visit to UAE in 1981. These diplomatic visits were also buoyant by the fact that around two million Indians live and work in the UAE, and send $10-12 billion back home in the form of remittances.

In the last two decades, the State – to – State visits have further strengthened the ties. The two have also signed the avoidance of double taxation agreement, which entered into force on the 22nd September 1993. This was followed by the establishment of the Joint Defence Co-operation Committee. Also, in 2007, H.H. Sheikh Mohammad Bin Rashid Al Maktoum paid a State visit to India. Thus, the visits of the leaders and the agreements signed at various occasions speak a volume about the relations between them.

The high – level meets between the state leaders also gave impetus to the relations, which gradually evolved into a flourishing trade pattern. The bilateral relations between both the countries have moved beyond the soft cultural links. In the purview of the changing social dynamics rising from the aspirations of the people; the UAE has been one successful state due to its inherent balance between tradition and modernity.

This apparently is also credited to its relations with India and its democratic value system. Consequently, it can be seen that the friendly bond brewing between the two economies has expanded, with diversified interests since the beginning of their diplomatic ties.

As these bilateral relations grew, Prime Minister Modi’s visit to the Emirate is seen as a historic trip that further gave a strategic dimension to the relationship in terms of energy, security, counter-terrorism, and defence agreements, as both agreed to expand and explore new areas of co-operation and added resilience to the existing affairs. A bilateral Air Force exercise between India and United Arab Emirates (UAE), ‘Desert Eagle-II’ took place between May and June 2016, is one such example. According to the Embassy of UAE (New Delhi), the trade between the two was $44.53 billion during April 2008 – March 2009, which is a 52.95 percent increase from 2007 – 20084. Not to mention, that there is a significant UAE investment in India. 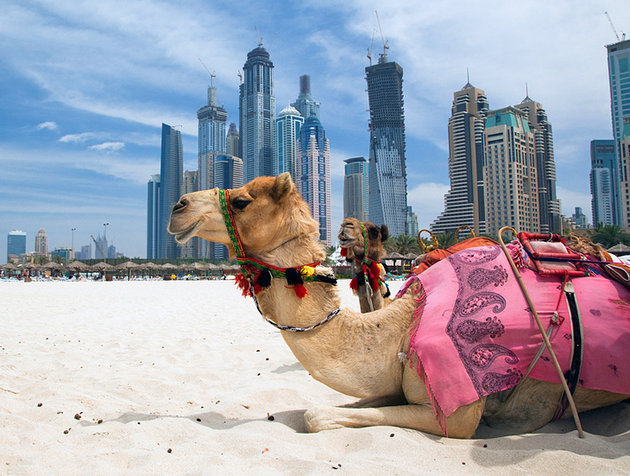 The tourism factor has also been on a rise and Dubai is one of the most favored tourist destination both for business and pleasure. About 1.6 million people visited Dubai from India (in 2015), a 26 percent year-on-year increase. This has also increased the air traffic and airline travel between the two. For instance, there are over 475 flights per week between various destinations in India and UAE.

Consequently, this has not just facilitated the airline commute but has also made it affordable to some extent due to a variety of flying options available today.

The Air Services Agreement (ASA) further facilitates the visits on both sides, as it allows both the countries to designate any number of airlines for operations. The two also signed a maritime MoU that will facilitate and promote maritime transport, simplification of customs and facilitation of the use of existing installations for
waste disposal.

In February 2016, H.H. Sheikh Mohamed bin Zayed Al Nahyan, Crown Prince of Abu Dhabi visited India and signed accords on various aspects ranging from co-operation in Renewable energy; combating cyber-crimes; infrastructure investments; etc. India is a growing economy, and thereby, requires a good quantity of energy for its development, which includes commercial and industrial usage. This proposition has made the Republic dependent on other economies around the globe, while its indigenous oil production has fallen in years. India imports around 80 percent of its crude oil requirements from overseas.

Thus, energy security is attained through crude imports (mostly from the Middle East; a small proportion from UAE), maintaining diversification patterns. One of India’s oil policies has been to secure oil reserves in times of contingency. The Indian Strategic Petroleum Reserves Limited (ISPRL), a subsidiary of Oil Industry Development Board (OIDB) was formed to safeguard India from any supply disruptions, which proposes to cover 90 days of storage capacity in the coming years.

This is where, UAE plays a key role, apart from various security agreements and MoUs, the two nations signed an accord in January 2017 to store crude oil in India’s maiden strategic storage and give two-third of the oil to it for free. The UAE had then committed to invest $75 billion in India. The agreement was signed between the Indian Strategic Petroleum Reserves Limited (SPRL) and Abu Dhabi National Oil Company (ADNOC). Also, the Jebel Ali Free Zone(JAFZA) holds businesses, from over 100 countries, sustaining over 144,000 jobs and attracting more than 32 percent of the UAE’s foreign direct investment.

The ideas and future plans shared by the leaders of India and the UAE shows us a picture where the concept of peace and future prosperity looks inherent. If it was any other country, things might sound ‘not – sure’, but the Middle East is close to the Asian (Indian) heart. Particularly, the UAE, as it reflects an open minded society that is inspired by the ideals of the West, keeping its cultural identity intact. India – UAE have signed many treaties, including an extradition treaty in the year 2000. But, the real turn – around in the relations came in 2016, as the two signed a ‘Comprehensive Strategic Partnership’. UAE’s acknowledgment of a world that could be self – sufficient, welcoming and non – dependent of a single rent (oil) has made it feasible to diversify and a most cherished place for Indian travelers and businesses alike.