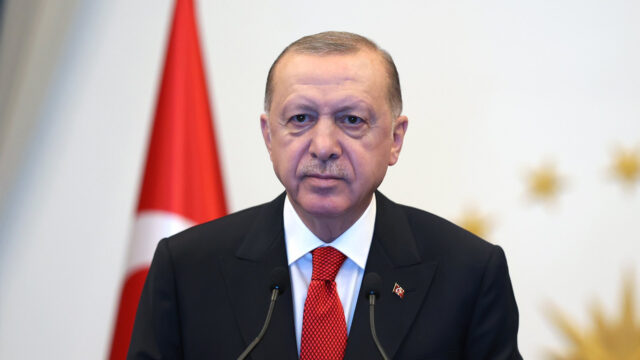 Turkish President Tayyip Erdogan spoke about Afghanistan’s current crisis and emphasised the need of Taliban’s exit from the country. Turkey has been vocal about the problems in Afghanistan and has been advocating prevalence of peace.

Turkey is placed geographically close to Afghanistan and hence is in direct impact zone of any developments in the latter. This is one of the main reasons for its involvement in the diplomatic exchanges in the country. Recently, Turkey detained 1500 irregular migrants in one week near the southeastern border with Iran. The influx of migrants from Afghanistan into Turkey through Iran has increased in last two weeks due to the rise in violence. Apart from this, Ankara is concerned about many other issues as well.

A delegation from Ankara comprising of senior leaders is to meet representatives from Taliban to discuss the status of peace talks. The negotiations were offered after the statement from Taliban advised Turkey to refrain from any form of intervention. This was a response to the suggestion by Ankara about deploying some troops to keep a check on the Kabul airport as the American troops pull out. The Turkish Defence Minister Hulusi Akar met his American counterpart Lloyd Austin earlier this month to discuss the steps to be taken for smooth functioning of the airport in Kabul. Turkey has more than 500 troops in Afghanistan as a part of the non combat NATO mission. But Taliban has issued serious warnings of consequences to countries who continue to keep maintain their presences in Afghanistan.

Afghanistan has proved to be a serious concern for countries all over the world. Terrorism is a menace that has had major impacts on many countries. Not only does it threaten the state machinery, but also creates a sense of fear and insecurity. That is true for the current state of affairs in Afghanistan too.

The American decision to withdraw from Afghanistan has led to problems on several levels. One, it has led a huge void in the lives of many Afghani nationals working for organisations affiliated with the western countries. Second, it will lead to a completely unstable infrastructure. But most important it has resulted in the rise of terror by Taliban in the country. Turkey reached out to the United States for financial support to support the logistics in the plan of supervising the airport. American spokesperson Ned Price welcomed the Turkish interest in the resolution of the conflict and said that the constructive role being portrayed to promote the security and safety in the region.

The success of this initiatives depends on the willingness of Taliban majorly. The US President Joe Biden defended the decision of withdrawing his troops by stating that he was not ready to risk another generation of troops for Afghanistan. While Turkish President Erdogan advised that Taliban ended its occupation soon to show the world that peace was prevailing in Afghanistan, there is a long distance to cover before that. All the regional as well as global powers are watching closely as time passes and trying to convince Taliban to help the peace process.