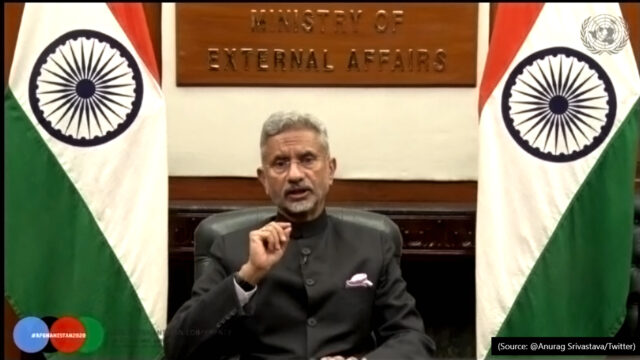 S. Jaishankar, the Indian foreign Minister has begun his three-nation West Asia and Western Indian Ocean visit Bahrain, UAE, and Seychelles from November 24 to 29. This will be his first-ever since the pandemic where he plans to meet his counterparts and the top leadership of the countries.

He began his trip with Bahrain where he paid his condolences on the demise of their Prime Minister Prince Khalifa bin Salman bin Khalifa. He will also hold bilateral talks on both regional and international issues of mutual interest. It will also include how both countries have worked together to face the Covid-19 pandemic and the population of 350,000 Indians living in Bahrain. Flights have been operational between both countries under the concept of the air bubble.

Next, he will be visiting UAE on November 25-26 where he plans to meet the Foreign Minister of UAE, Sheikh Abdullah bin Zayed Al Nahyan. This will enhance the already existing comprehensive strategic partnership between UAE and India. The Foreign Minister will also discuss ways for Indians to resume their jobs post the Covid scenario as UAE is home to more than three million Indians who live and work there.

The Foreign Minister will next travel to Seychelles on the 27-28 November and will call on the newly elected President of Seychelles Wavel Ramkalawan and talk about the plans and aims of the new government. They will also discuss avenues and agreements the new government aims to have with the Modi government that would lead to further strengthening of relations.