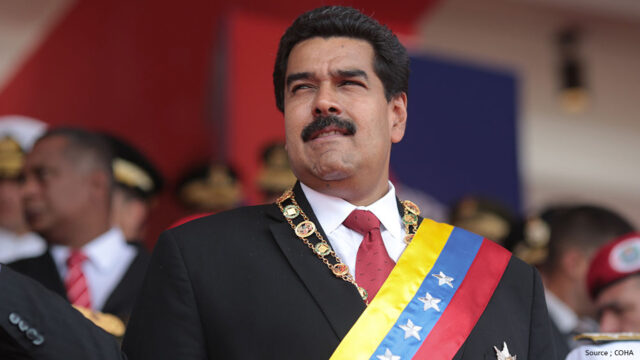 Venezuela held their parliamentary elections on the 6th of December, where the National Electoral announced that the National Assembly would increase by 93 seats, making it a total of 277. Venezuela, being home to a dominant party system primarily dominated by the United Socialist Party of Venezuela and the Democratic Unity Roundtable as its opposition. Following a system of Presidential government, The Economist Intelligence Unit in 2019, stated Venezuela to be an ‘authoritarian regime’.

The opposition disagreed to take part in the upcoming elections stating that it would be fraudulent and is deemed to have irregularities. They were further supported by twenty-seven other political parties who signed the agreement to not stand in the elections and demanded better electoral conditions. This did not stop the elections to be held and President Maduro of Venezuela claimed victory despite heavy opposition. The huge majority gave him control of the National Assembly and out in danger the future of the independent Presidential candidate, Juan Guaido who had the support of countries like Britain and fifty others. Juan plans to hold an online referendum to ask the people of Venezuela whether they wanted fresh elections and end the authoritarian regime by Maduro.

Socialist rule had been in use for the past two decades but had not proved beneficial for the Venezuelan economy. The wealthy oil economy has now been reduced to ruins where its people suffer a shortage of necessities like water, fuel, and electricity. There is blaring inflation at 6,000 percent and around 5 million people have already fled the country.

The election results were condemned by countries at large while the EU refused to send in any observers to the election site stating that they would know the election would be held fraudulently. The US Head of State also condemned them saying that these illegitimate elections were nothing but a shame and in no way reflects the will of the Venezuelan people who no longer want the authoritarian rule of Maduro.

The swearing-in of the new government in Venezuela is two weeks before the US Presidential swearing-in ceremony which would be a delicate start for the Biden administration. Despite Maduro winning by a huge margin, the US, UK, and Latin American countries have decided to continue their support for the Guaido-led congress as the country’s legitimate legislative body. The Spanish Minister had been invited to observe the elections who urged the countries to avoid making it the biggest absurdity of supporting Guaido despite the huge majority of Maduro.