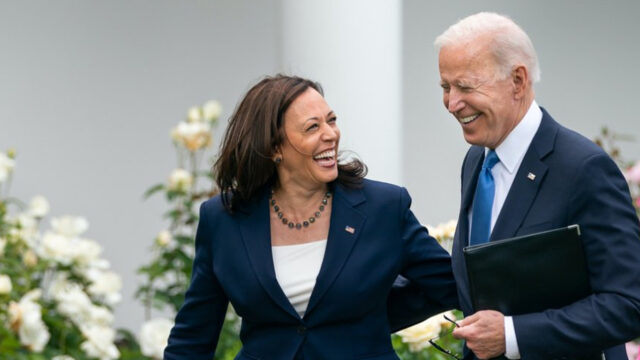 The American administration under President Joe Biden has shown some interesting shifts in the policies followed. On many occasions, the decisions taken were in stark contrast to the ones agreed upon in the past.  While President Biden took a strong stand against issues like racism, human rights violations, maritime security, etc; there has been a hint of softness on certain long standing matters.

Despite the pressure on the administration to address challenges like North Korea, Iran, Afghanistan sternly; the policy in general has been one that indicates openness to diplomacy. This has been witnessed in the American engagement with many countries that have shared a troubled past with the US. That has led many to accuse America as getting weaker. But on several occasions, that ‘weakness’ has actually exuded benevolence.

Recently, when Iraqi Prime Minister Mustafa Al-Kadhimi visited the United States to begin a “new phase” of relationship, there was much speculation about the same. The White House shared a public statement mentioning that the interaction between the leaders of both the countries will focus on education, health, cultural, energy, and climate initiatives. After a difficult past, both the countries look forward to working together to fight the menace of ISIS. As a good will gesture, the American Museum of the Bible and the Cornell University returned more than 17,000 artefacts to Iraq which were believed to be originally of Iraqi heritage. Hassan Nadhem, the Iraqi Minister Culture, Tourism and Antiquities expressed his feelings by stating that this gesture was more than a materialistic restoration. It also boosted the confidence of Iraqi people in their identity especially during these difficult times.

Another instance of a change in policy was seen in the American patience visible in its engagement with North Korea. The North Korean leadership on several occasions issued warnings as well as direct threats to the US but the latter has not responded in anything impulsive. Despite the provocative statements made by the leadership of Pyongyang, the US is trying all ways to give diplomacy a chance. The result has been a softening of the North Korean position and its approach towards communicating with South Korea.

Similarly, with respect to Iran, the US has shown an open mind in negotiating with the Middle Eastern country despite the latter testing and violating several international norms. While the process faced many hiccups, there hasn’t been an  occasion when the US considered taking drastic aggressive actions without negotiations taking its due course. The diplomatic ways are still being considered though the patience is running out.

The American decision to pull out of Afghanistan too surprised many, however US President Biden stood firm on it. There are many commentators as well as experts evaluating the decision and describing it as a major turn of events. President Biden defended the decision by stating that there was a limit to which lives of American soldiers could be risked. The decision to withdraw from Afghanistan has resulted in sudden outbreak of violence and instability in the country. In order to check that, the US is in talks with many stake holders to try and convince Taliban as well as the Afghani people to let the democracy prevail instead of a forced rule.

All these instances point towards the change in belief system that the new American administration is displaying. While the United States continues to advocate and uphold its tenets, it has become much more patient to outliers and tries to convince them to conform to the international global norms. America stands for democracy, non-violence, counter terrorism and peaceful development of all. But the way in which it has operated after President Biden was sworn in has been a little different.

A closer look at all the instances mentioned helps us streamline the basic understanding of the current American policy. They are as follows:

In the changing global dynamics, the new phase of American policy making is bound to attract much more support. In the current scenario, the global politics has opened up to different groups for influence as well as leadership. America is taking the smart path to justify its power versus responsibility equation. It is contributing equally to hard core political areas as well as to those subjects which were considered ‘soft’ earlier like climate change, child education, and so on. The American change in policy after President Biden has been criticised for being too soft on rogue states. But it is possible that the experts in the US are trying a different version of the age old carrots and sticks policy. The conditions look optimal. The verdict is awaited.