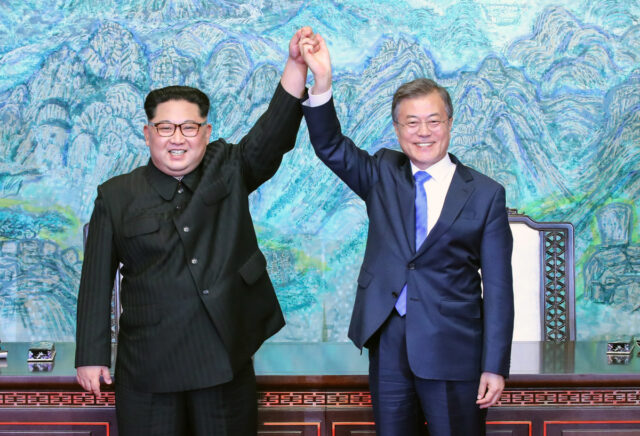 Korea claims a history that goes back thousands of years, despite invasions, at one time or another, by all of its neighbours. Although there have been several periods of competing kingdoms co-existing on the Peninsula throughout Korea’s long history, Korea’s last dynasty ruled over a unified and highly ethnically homogeneous state for over 500 years, until Japan annexed Korea in 1910. The modern division of the country at the 38th Parallel by the United States and the Soviet Union was based on geopolitical considerations and not on any pre-existing geographic or cultural divisions within Korea.

South Korean President Moon Jae-in has promised to use his last months in office to push for a diplomatic breakthrough with North Korea. During a meeting, he stated that “I will not stop efforts to institutionalise [a] sustainable peace”. He further stated, “The government will pursue normalisation of inter-Korean relations and an irreversible path to peace until the end. I hope efforts for dialogue will continue in the next administration too.”

President Moon has held multiple summits with North Korean leader Kim Jong-un, including one in Pyongyang, during a flurry of negotiations in 2018 and 2019, but the process failed due to the disagreements over the international demands that the North surrender its arsenal of nuclear weapons, and Pyongyang’s call for Washington and Seoul to ease sanctions and drop other hostile policies against the country. Although there has been no direct or public response to the current statement by North Korea, yet the US has said the move is a needed one but the timing of it might be wrong. President Moon is still pushing towards an “end of war declaration” as a way to establish peace and put an end to the ignored negotiations which his administration has hinted at backchannel discussions.