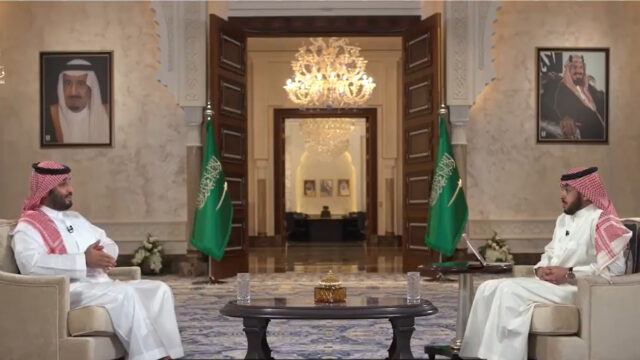 Saudi Arabia and Iran shared a visibly pleasant exchange of encouraging statements that indicated intentions of burying the hatchet. The Saudi Arabian Crown Prince Mohammed Bin Salman was interviewed last week where he stated his inclination towards improving relations with Iran. While the Prince accepted that the negative behaviour of Iran was still a problem, he displayed willingness to seek solutions to problems.

Prince Salman specifically elaborated the “negative behaviour” of Iran being its nuclear ambitions, support for militant groups in other countries and their Ballistic Missile Programme. He urged the global powers to intervene in the negotiations with Iran and ensure that the issues are resolved peacefully. He also hinted that Saudi Arabia was working with regional partners aiming to ease tensions in the world. He also acknowledged that though Houthis , the insurgent group was not entirely being supervised by Iran which he has stated earlier. The decision comes after another noticeable change in the Saudi Arabia when it proposed a ceasefire to the Houthis in Yemen but it was not accepted.

The Saudi Arabian gesture of good will was responded by a statement applauding the “constructive views and dialogue-oriented approach” of Saudi Arabia. Iranian media reported that the officials believed that with cooperation and positive interaction, the two countries could achieve peace, development and stability in the region.

Both Saudi Arabia and Iran are currently on rickety terms with the United States. In fact, Prince Salman had praised former US President Trump’s extensive sanctions on Iran. However, the softening of the discourse is a move worth appreciating. Reuters reported that representatives from both Iran and Saudi Arabia met in Iraq for direct talks that included discussions about the Yemen war as well as prospects of re-starting nuclear talks with Iran. Both the countries need support at the moment to evade sanctions and emerge from the post-pandemic struggles.

Iran and Saudi Arabia have been involved in several proxy wars and this exchange can bring about a major difference in a volatile region like Middle East. The two countries are ideologically different and yet have begun the process of reaching to a mutually beneficial agreement. Prince Salman rightly observed that both the countries have similar interests which are streamlined along the line of progress for the region and the world. The initiative to step forward and respond positively from both the sides is a big leap in terms of diplomatic ties between the two countries.