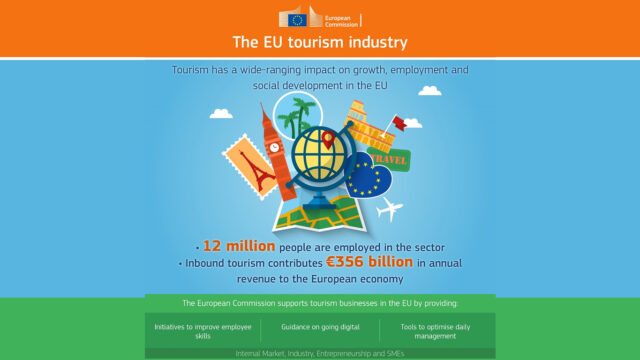 After witnessing a long hiatus due to the COVID 19, the tourism industry in Europe has started taking small steps to open up for travellers. The decisions have started coming in after a careful calculation of the status of the virus. One of the major concerns for countries like Greece is the dependency on tourism. The tourism industry accounts for about fifth of the revenue sector and thus the pandemic has had a major impact on the country. Such is the case with many other countries in Europe and there is an interest in opening up the tourism soon. The Telegraph reported that Europe was ready to open up and welcome visitors as long as they had a certified vaccine proof. There have been instances of countries opening up to promote tourism after the pandemic affected the world, but that has usually resulted in a time specific routine.

There are certain factors that play an important role in determining the course of action. There is a dependency on the other countries and their policies for travel. The virus is also a matter of concern as there has been a general trend of an increase in the number of infected cases in countries due to the incoming of travellers. The understanding between countries to respect the terms and conditions is mandatory. This is one of the primary reasons for the hesitation amongst countries in opening up the travel or establishing air bubbles too.

This is interesting in the light of the digital passes that the European Union has been discussing. The EU is in talks with the World Health Organisation (WHO) to establish a certification system that could be used beyond Europe. The pass is a digital certificate with details of the vaccine to ensure smooth travel for tourists without risks. While the cases started coming down, the air bubble between Hong Kong and Singapore is a classic example of how the international travel resulted in an abrupt increase in the rate of infection. Even Turkey, that was lauded by the World Health Organisation (WHO) for its early measures that had checked the virus spread will be going into a lockdown due to the rise in the number of cases. Thus, any decision in the tourism sector will be tricky.

BBC reported that the lockdown in Portugal was easing now after a strict lockdown of more than three months. For international travel, RTCPR tests are expected and the there are rules for quarantine in all the countries with varied costs.  There are coloured lists that divide countries between red, amber and green and categorise them and then decide the degree of restrictions or quarantine that will be imposed on them. Spain resolved to test the functioning of the digital pass that has been talked about by the European Union. Denmark has established an app called Coronapas to keep track of those vaccinated and ensure easy commute for people. Greece signed a pact with 10 countries to come up with a green pass that allows vaccinated as well as unvaccinated with negative reports to travel to the country. The United Kingdom is still in the process of deciding the nuances of the covid passports that have been in talks for a while now.

Europe took strict measures in fighting the second wave of the coronavirus. As a result, the fall in the number of tourists resulted in a big blow to the economies. There is an argument that supports the lockdowns and strict restrictions currently to make sure that the summer holidays (primarily July-September) see a reasonable incoming to support the revenue. There are some possible ways to ensure minimal risk in opening up. There is an option of the bubble system that Sri Lanka has adopted where in the incoming travellers resume the sight seeing without coming in contact with the locals for the initial duration of their stay. The traffic light system can also help in filtering out the travellers from risky countries. Several countries in Europe are abiding by the system already. The UK banned flights from India and Pakistan after putting them in the red list due to the sudden rise in the number of cases in both the countries. The European Union came up with a Manifesto which urged the member states to prioritise tourism as a strategic means for the economic recovery. There were talks of replacing quarantine with smooth and cost-effective testing and tracing measures. Pacts and agreements between countries to encourage bubbles will help set protocols to smoothen the travel procedures. Tie ups between tour operators from different countries should be encouraged keeping in mind the protocols approved by the authorities.

As the countries prepare to open up, it is important that the security of travellers is kept in mind. The world is struggling with the virus currently and is exploring ways to check the mutiny and spread. Thus, tourism industry is bound to stay impacted. However, the measures mentioned above can give some respite to the sector. The travel in the new normal will not be same as before and it is important to accept the norms that contribute to the secure and risk proof life style. Several European economies are heavily dependent on tourism and one can only be hopeful for things to work out.