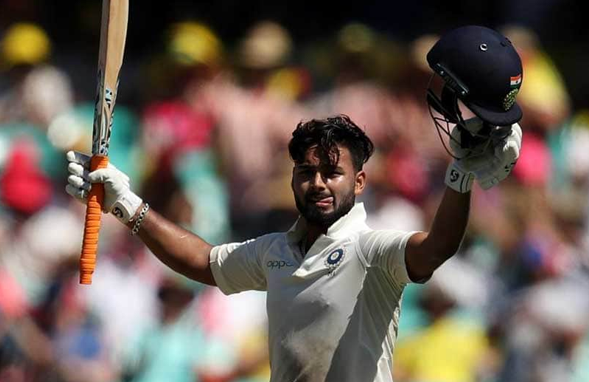 Rishabh Pant scores a century in India vs Australia fourth Test, becoming the first Indian wicketkeeper to do so in Australia

In the 4th Test of the ongoing India vs Australia Test series, Rishabh Pant became the first Indian wicketkeeper to score a century on Australian soil. Indian cricketer Cheteshwar Pujara scored close to a double century

The India vs Australia Test series witnessed its fourth Test today in Australia. At the end of the first day of the fourth Test, Indian Captain Virat Kohli confirmed that the team had secured a remarkable first innings of 622 for 7. Additionally, a sublime performance by young player, Rishabh Pant won him the honour of becoming India’s first wicketkeeper to bag a century against Australia at the Sydney Cricket Ground (SCG).

Apart from the young Indian wicketkeeper, Cheteshwar Pujara, often viewed as a Test specialist, secured a whopping score of 193. Referring to the Indian cricketer’s remarkable performance, India’s legendary cricketer, Sachin Tendulkar tweeted, “Test match batting at its best by Pujara. @cheteshwar1 has been the difference between the 2 teams for me. To be able to bat for such long periods of time is a testament to his concentration and understanding of the game. #INDvAUS”

India is now predicted to win the four-Test series against Australia, given its previous wins in Adelaide and Melbourne.