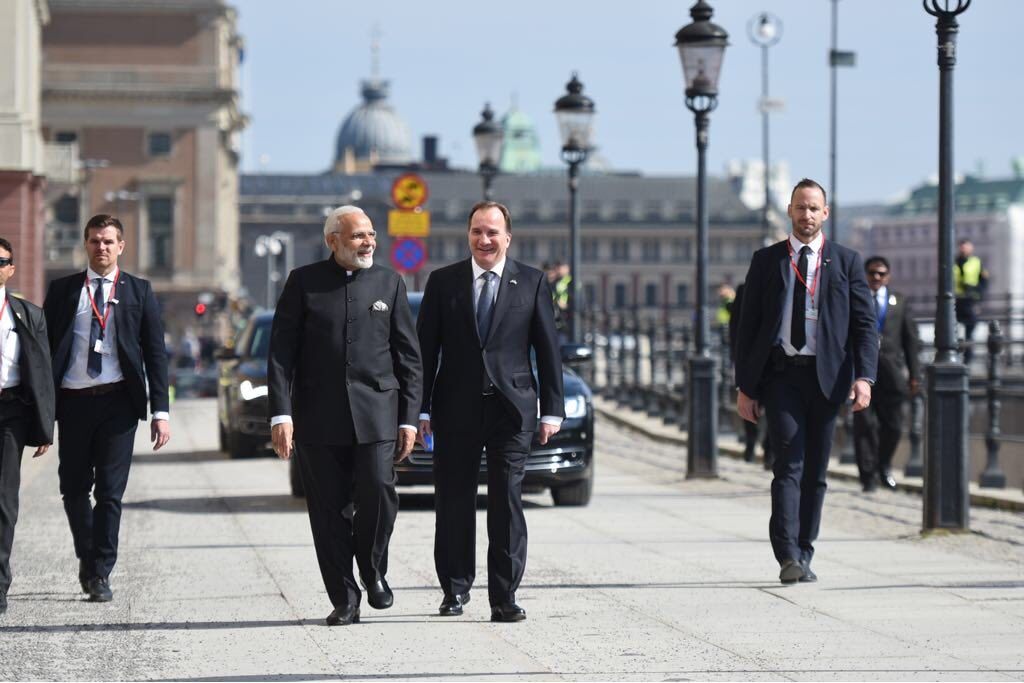 New Delhi: Prime Minister Narendra Modi has arrived in Sweden for a two-day visit as he kicks off a trip that also will take him to Britain and Germany.

He is in Europe for talks on trade, growth, global security and climate. A business delegation also accompanied him at Stockholm airport.

Prime Minister Modi is scheduled to meet with Prime Ministers of the Nordic nation (Denmark, Finland, Sweden, Iceland, and Norway) for the first India Nordic Summit.

This first-ever joint meeting comes at an important juncture for the global economy, with the European Union still trying to figure out if it will obtain a permanent exemption from US tariffs on foreign steel and aluminum.

Smart cities, renewables, trade, growth, global security, investment and climate change will dominate discussions. Sources said Modi has been particularly keen to build closer ties with the Nordic countries and there are hopes for some significant outcomes.

The summit sees Sweden’s Lofven host Modi on Tuesday morning, while the other heads of government will each be granted 30-minute bilateral in the afternoon. A working dinner will then bring them all together in the evening.

Prime Minister Modi called on Swedish King Carl XVI Gustaf on Tuesday, and they exchanged views on strengthening bilateral cooperation across several sectors. He will also meet industry captains from both countries to chart out a future roadmap of cooperation in multiple key sectors such as trade and investment, science and technology, renewable energy and smart cities.

After Stockholm, Modi will travel to London to attend the Commonwealth Heads of Government Meeting, where Britain hopes to bolster its trade ties around the world in anticipation of Brexit.