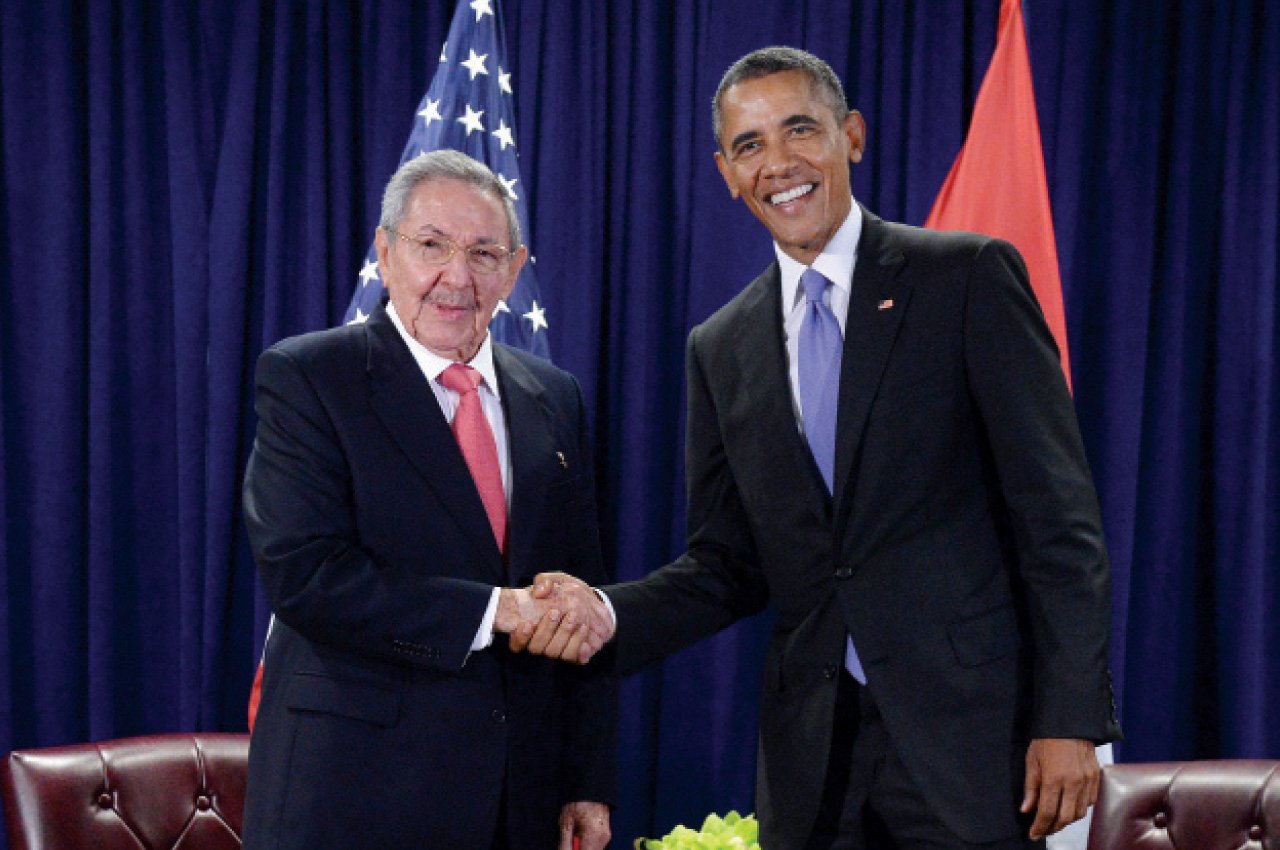 Here the time begins to rewrite the history of US-Cuba diplomatic relations. On April 11, 2015, President of United States Barack Obama and his Cuban counterpart Raul Castro shook hands at the Summit of Americas in Panama. In continuation of that, Obama visited Cuba to restore US-Cuba relations. Obama also became the first incumbent president of the US to do such since 1928. The elevated implication of visit arrives as it comes at the fag end of his second stint at the White House, at a time when it could have easily been ignored. But that’s the strategic importance of Cuba in the diplomatic game-plan of the US.

As we all know that the history that these two nations share still remains complicated, and over the years a lot of mistrust has developed. The Cuban Revolution of 1959 substantially deteriorated the bilateral relations between the US and Cuba. In 1961, the US severed diplomatic ties with Cuba and began pursuing covert operations to topple the Communist regime.

The US imposed sanctions, and subsequently tightened a comprehensive set of bans. Moreover, after two decades in 1981, President Ronald Reagan’s new administration announced further tightening of the embargo. America also re-established the travel ban, prohibiting its citizens from spending money in Cuba. The ban was later supplemented to include the Cuban officials or their representatives visiting the US. In this sequence, till 2008, we have seen series of incidents catalyzing further deterioration of the US-Cuba relations.

But, during the course of the last few months, there have been diplomatic contacts between the two governments to normalize the relations. And this time what I think President Barack Obama played his innings very well in Cuba, addressing Cuban people and their government.

His approach explicitly indicates that he is taking steps to renew the leadership in the Americas, and end an outdated approach on Cuba to promote more effective change that supports the Cuban people. The President is taking steps to improve travel and remittance policies which will further increase people-to-people contact, support civil society in Cuba, and enhance the free flow of information to, from, and among the Cuban people.

President did use his speech to address the Cuban people and their government at Teatro Nacional. He pointed out several good notes that may have wondered Cubans whether US democracy is all it’s cracked up to be. To wit:

‘So here’s my message to the Cuban government and the Cuban people. The ideals that are the starting point for every revolution: America’s revolution, Cuba’s revolution, the liberation movements around the world. Those ideals find their truest expression, I believe, in democracy. Not because American democracy is perfect, but precisely because we’re not.’

The speech may be a bit confusing for the Cuban people that his approach to Cuba is that, he is trying to reconcile two utterly incompatible objectives. At one point, he is attempting to convince the Castro regime that the United States means no harm, while at the same time trying to inspire the Cuban people to take control of their own destiny.

As per my calculations, President Obama is doing this not only for Cuba’s sake, but also for the US’s sake, because this has become an embarrassment for America – a major obstacle in the relationship with Latin America. But still, it was President Obama who took steps to increase the flow of resources and information to ordinary Cuban citizens in 2009, 2011, and today.

The US through Obama played its hand well or to be articulate very well. For all the wise men, Americans will be prudent to step back and wait for Fidel and the Cuban-hardliners to react.

Ultimately, it’s the Cuban people who will drive economic and political reforms. That is why, the Cuban people deserve the support of the United States and the entire region that has committed to promote and defend democracy through the Inter-American Democratic Charter.

And when Obama ended his tour with these Spanish words, “El futuro de Cuba tiene que estar en las manos del pueblo cubano”—“the future of Cuba must be in the hands of the Cuban people” – he meant business.