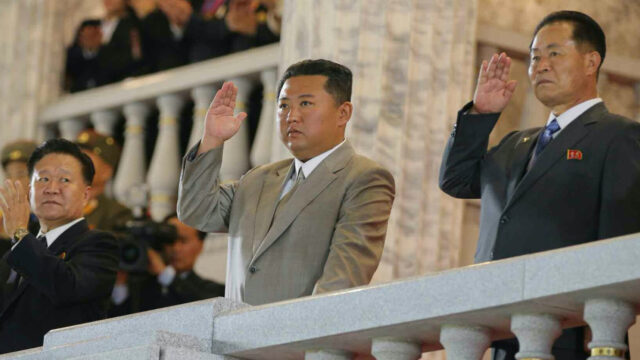 After a subtle national day celebration last week, North Korea shook the world after testing its recently developed long range cruise missiles on 11th and 12th September. This has led to an increase in tension amidst the world powers. The North Korean state media described the tested missile as a strategic nuclear capable weapon.

NK News, the State’s news agency reported that the launch is not surprising since the North Korean leadership has hardly shown any interest in the on going efforts being made by the American administration. There is still skepticism about the technological advancement of the cruise missile tested. The US Indo Pacific Command described the launch as a threat to its neighbours and the international community. It said that the situation will be monitored closely and constant consultations will take place with the allies and partners.

North Korea celebrated its 73rd National Day last week with a military parade at midnight. All the representatives of the Worker Peasant Red Guards, the country’s largest civilian defence force wore orange hazmats and gas masks. It is believed that the step was taken to symbolise the security measures being taken to check the COVID 19 spread.T he troops carrying rifles marched alongside, at the Pyongyang’s Kim II Sung square.

Reuters  reported that during the celebration, the conventional weapons were displayed including the multiple rocket launchers, and tractors carrying anti-tank missiles. None of the ballistic missiles were shown. There was no speech by the leader Kim Jong Un who has been known to boast of the country’s nuclear capabilities in the past.

It is interesting to note that South Korea tested its first submarine launched ballistic missile last week. It became the first country to posses this capability without having a nuclear weapons programme in place.

The representatives from the United States, South Korea and Japan were to meet to discuss ways of convincing North Korea to dismantle its nuclear weapons and ballistic missiles in exchange of relief from sanctions. Japan has expressed concern about the latest development. The Chinese Foreign Minister Wang Yi said that since North Korea was not banned from testing cruise missiles specifically, this step indicated that there was no intention of provocation. However, experts fear the easy transformation into a nuclear capable vehicle competent to attack South Korea and even Japan. While the American officials have openly stated and displayed their willingness towards diplomatic channels with North Korea, the latter’s rigidness is creating hurdles.