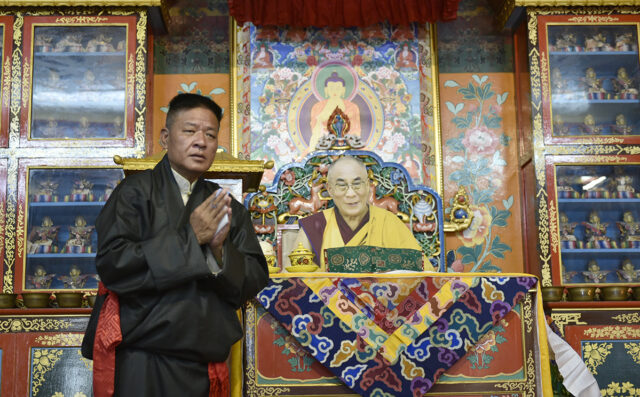 Tibetan history is of more than 2000 years, it has existed before as an independent sovereign State before the Chinese rule came into place. Tibetans in Tibet have demonstrated and expressed their wishes of Independence from China. The Tibetan have and still are facing violence and harsh conditions at the hands of the authorities.

In 1949, the PLA of China marched into Tibet’s eastern province of Kham and Amdo, taking over the eastern Tibetan headquarters of Chamdo later. In the following years, the Chinese army advanced and crushed the Tibetan National uprising of Lhasa in 1959. With this Dalai Lama along with 80,000 took refuge in India, Nepal and Bhutan. Currently, the population is over 140, 000 out of which 100,000 are living in India.

On 29th April 1959, Dalai Lama established Tibetan Exile Administration in the North Hill Station of Mussoorie. Later named as Central Tibet Administration (CTA), it was moved to Dharamsala in 1960. It is composed of a judiciary branch, a legislative branch, and an executive branch. The commitment of the administration to truth, non-violence and genuine democracy has made the people look at CTA as their sole and legitimate representation. The agenda for the administration include

Penpa Tsering has been elected as the new President of the Central Tibetan Administration (CTA) for two terms between 2008 and 2016. He is considered to be an experienced administrator and was serves as North America Presentative for Dalai Lama in 2016. The voting process took almost 4 months and 83,000 Tibetan refugees from around the world casted their vote.

He has expressed that his Government will find “Middle Way” with the support of Dalai Lama. Based on this approach they will reach the Chinese Government to find a mutual, negotiated and nonviolent solution to the Sino0Tibet conflict. Their other responsibility will include addressing the challenges faced by the Tibetan refugees.

According to the Right groups and Tibetans in Tibet, Chinese authorities have put strict control on religion, language education and Labour. While encouraging Han people to settle in the region making the Tibetans a minority in their own place.

China this year will celebrate the 70th anniversary of its control over the Tibet with press events and a government-Sponsored tour of the region. With the new President in place, the CTA has expressed their views about the international to come together to help put an end to what is considered as a “Culture Genocide”.

In accordance to the CTA, the international community specifically Parliamentarian and Tibet support Group have written and expressed their warm wishes and renewed their support to the CYA and Tibetan cause. With the growing pressure in the world about the violence, aggression and increasing dominance and control of China, it become more and more important for the countries to come together and help each other specially stopping the violation of Human Rights.