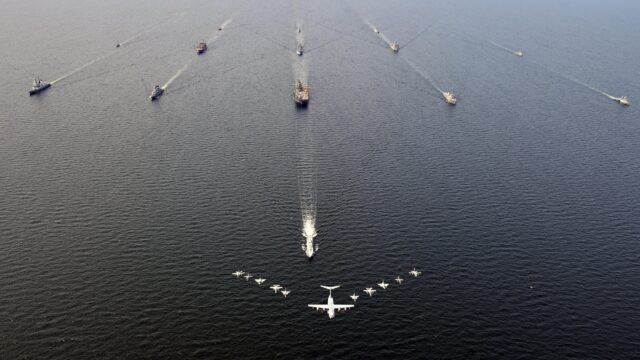 North Atlantic Treaty Organisation (NATO) launched its annual naval exercise on the 5th of June, Sunday. This annual exercise focusing on maritime security and diplomacy started in Stockholm, Sweden. It is going to take place in the Baltic region from June 5th to 17th. This naval exercise is of prime importance to the NATO nations as it provides a unique training opportunity to boost, enhance and strengthen the combined responsiveness which is critical to preserving the freedom of navigation and defence in the Baltic Sea region. This year marks the 51st of the exercise series.

The Baltic Naval Exercise which kicked off in 1972 has Belgium, Bulgaria, Denmark, Estonia, Finland, France, Germany, Latvia, Lithuania, the Netherlands, Norway, Poland, Sweden, Turkey, the United Kingdom, and the United States as its participating nations. During the naval exercise, these countries will exercise a range of response capabilities to demonstrate the inherent smoothness of the maritime forces of their respective nations. The scenarios surrounding the exercise, include amphibious operations, anti-submarine warfare (ASW), gunnery, air defence practices, operations relating to mine clearance, the disposal of explosive ordnance, unmanned underwater vehicles and medical and first aid responses.

Baltic Operations or BALTOPS 2022 is being conducted in Sweden and it is remarkable to note that it is coinciding with the Swedish Navy’s 500th anniversary. BALTOPS 2022 is also featuring stronger medical response scenarios, specifically that which is required during personnel recovery training aboard a submarine.

The BALTOPS naval exercise since its initiation in 1972, is not held as a response to any particular threat. The military alliance, however, has said that “with both Sweden and Finland participating, NATO is seizing the chance in an unpredictable world to enhance its joint force resilience and strength” together with the two nations.

Sweden and Finland, both countries have had a long history of “military non-alignment” before their respective governments decided to apply to join NATO in May, a direct result of the conflict going on in Ukraine. This year’s naval exercise involves 45 vessels and 75 aircraft.

Prior to the naval drill, one of the top U.S military officials, Gen. Mark Milley, Chairman of the Joint Chiefs of Staff, said in Sweden, on Saturday, that it was specifically important for NATO to extend its support to the governments in Helsinki and Stockholm. He said that “It is important for us, the United States, and the other NATO countries to show solidarity with both Finland and Sweden in this exercise.” Milley, speaking with the Prime Minister of Sweden, Magdalena Andersson, emphasised that the Baltic Sea is an important body of water strategically, adding, that it is “one of the great seaways of the world.”

BALTOPS 2022 is scheduled to end in the German port of Kiel on the 17th of June, Friday.