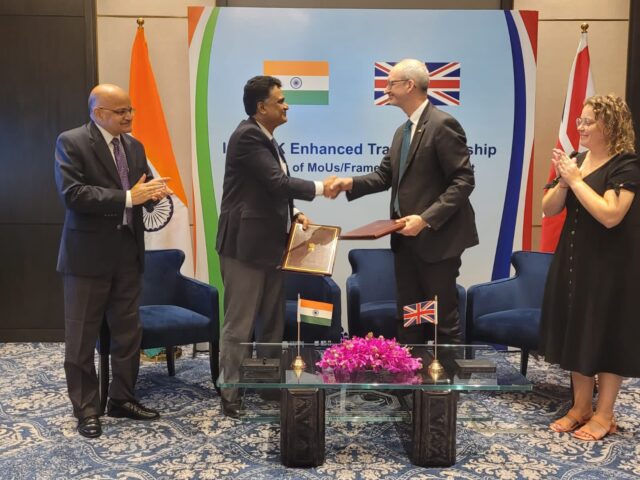 India and the UK signed an MoU with the aim of enhancing relations between the higher education systems of the two countries. This will also help in facilitating academic cooperation between the two bilateral partners. The MoU signed on the 21st of July, 2022, entails that the mutual recognition of qualifications between the two countries will encourage continuing studies in the partner country, in addition to promoting student mobility. This would also encourage excellence in higher education through cooperation, academic and research exchanges.

With this MoU, India, the UK and Northern Ireland have agreed to mutually recognise educational qualifications and periods of study covered by students within duly approved and recognised institutions of higher education in the two countries.

Degrees in the professional fields, i.e. in the fields of Engineering, Medicine, Nursing, Pharmacy, Law, and Architecture are out of consideration of this MoU.

Both countries will carry out a periodic review process for the monitoring of the application of this MoU and the general provisions relating to the periodicity, place and form of meetings will be determined mutually by the nations.

Both the nations have agreed that the MoU will be valid for a period of five years and will automatically renew for subsequent periods of five years henceforth unless terminated by either of the countries.