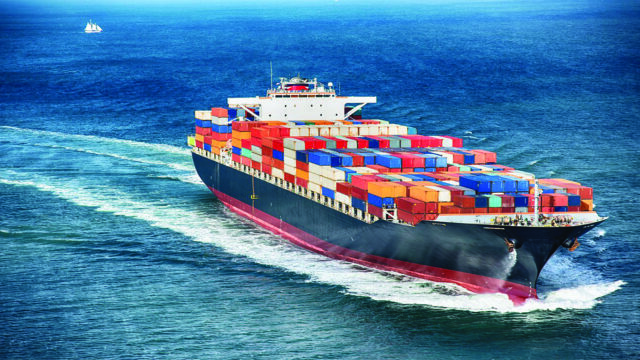 As in the life of a human being, so in the domain of International Relations (IR), the aspect of a relationship is one of the most important and significant areas.  Relationship refers to the bonds of dependence or reciprocal relations. (Martin, 1980).  International politics is a power struggle. Whatever the ultimate aims of international politics, power is always the immediate aim. (Morgenthau, 1985).   IR includes the study of all human interactions across national borders and factors that affect those interactions. (Pearson & Rochester, 1988)    In the present world, international relationships are of great significance. It is because it includes a great variety of transitional relationships. (Palmer and Perkins, 2011).  Relationship between two countries carries significance to a great extent not only in the matter of the two countries concerned in a situation or at a particular time but also for the whole world(Chakrabarty, 2015). It has rightly been said that the world today, is a global village. In the twenty-first century, we live in a world that is both fascinating and terrifying-  that exhibits deep contradictions and yet manifests high hopes (Duncan et al. 2002). In the domain of IR, the countries maintain different types of relationships. Among them, perhaps one of the most important relationships is the economic relationship.

As per the norms of international law, a new state must be recognized by an existing state. In the year of 1947 when India won independence from the British, it was Mexico which became the first Latin American country who extended recognition to independent India. It was as early as 1950 that India and Mexico established diplomatic relations and in the following year, Mexico opened an Embassy in Delhi. The diplomatic relationship between India and Mexico crystalised when in 1961, the Indian Prime Minister Jawaharlal Nehru became the first Indian Head-of-State to visit Mexico. The next year, i.e. in 1962, the Mexican President Adolfo López Mateos paid an official visit to India.  A look at history would reveal the fact that the relationship between India and Mexico has remained consistently friendly, warm and cordial. The most important aspect of the relationship between the two countries lies in the fact that it is fully charged by the tune of mutual understanding. Ever since the tie was established, there has been growing bilateral trade and all-round cooperation. Both countries reveal several striking similarities concerning geography, history, physiognomy, culture and civilization. It should also be noted that there are also similarities of attitudes, mindsets and values of the people of both countries. It should be mentioned further that both countries are large emerging economies and are members of the G-20.

TRADE BETWEEN INDIA AND MEXICO

If we look back, it is seen that during the periods of colonialism, trade between India and Mexico was carried out by the Spanish. Trade was carried out through the Manila-Acapulco Galleon who used to trade with Indian traders and used to bring their products to New Spain which is presently known as  Mexico. Right from the beginning, Mexico and India have reflected similar attitudes and made plans to expand economic and trade relations with an eye on eventually negotiating a full free-trade agreement (FTA). So far as the trade aspect between the two countries is concerned, it is steadily moving to a higher plane. It is seen that trade between India and Mexico during 1990-1991 was only 251 million USD which rose to 1.6 billion USD during the year 2006-2007. Bilateral trade grew rapidly faster and reflected a steady momentum, touching $2.80 billion in 2010 which could get a boost of 49%, to $3.26 billion in the first ten months of 2011. It is heartening to see that India-Mexico bilateral trade crossed $10 billion in the year of 2018 making Mexico the most important trading partner of India in the Latin American region. The quantum of trade has increased from $6.4 billion in 2016 to $10.16 billion in 2018. The statistical figure indicates that in the last one decade, the quantum of total trade has increased by 240%. It is pertinent to note that after the visit of the Indian Prime Minister, Narendra Modi to Mexico in the year 2016, there has been an upswing in ties between the two countries.

Regarding the trade between the two countries, it should further be noted that Mexico’s imports from India grew at over 40% since 2010. It included chemicals and petrochemicals, engineering goods, automobiles and auto parts, pharmaceuticals, diamonds, textiles and garments, and gasoline. Crude oil is a major Mexican export to India, apart from fertilizers, iron and steel and engineering goods. It is necessary to point out that the areas which may have maximum growth potential include mining and tourism, food processing and infrastructure, automobiles and auto parts, textiles and garments, software and IT, pharmaceuticals, engineering, renewable energy and biotechnology. On the other hand, there are several   Indian IT companies, pharmaceutical companies, and engineering companies who deal with tyres, packaging, and electrical equipment registering a growing Indian presence in Mexico. If we take up the side of Mexico, it is seen that their investments in India include several areas which include multiplexes, infrastructure, auto parts, cement, and food processing. In this domain, we also find the existence of an India-Mexico Business Chamber which has been functional in Mexico since the year 2006. It extends valuable assistance to the promotion of mutual trade and investments. Further, the apex chambers in both e countries have signed several MOUs which has greatly paved the way for a smooth transaction of business activities Indian business delegations regularly participate in the major trade fairs which are held in Mexico. In this way, both countries have tried to make a strong bond of the economic relationship. In fact, Mexico has become India’s top trading partner in Latin America and India was for the first time among the top ten commercial partners of Mexico,

IMPORT AND EXPORT FROM INDIA

On the trade front, India is the second-biggest supplier of motorcars and other transport vehicles to Mexico. Mexico has emerged as the biggest market for India’s vehicle exports.  The different items which are exported from India to Mexico include motor vehicles for the transport of persons, aluminium, copper, parts & accessories of vehicles; tubes, pipes & hollow profiles; fittings, iron, steel; motorcycles & cycles; organic, inorganic compounds,  articles of apparel, textile fabrics etc. On the other hand, the items which are imported by India from Mexico apart from petroleum and crude oils include telecommunication equipment, automatic data processing machines, steam turbines & other vapour turbine parts,  parts & accessories of vehicles; organic-inorganic compounds, flat-rolled products of alloy steel, internal combustion piston engines, parts and fixed vegetable fats & oils, crude and refined.

Mexico accounts for 13 per cent of India’s global exports of vehicles which stood at $14.98 billion in 2016. This position is remarkable because Mexico itself exports $80 billion of vehicles and is the fourth largest exporter in the world. Remarkably, India’s vehicle exports to Mexico have increased by an incredible 56 per cent from 2015 ($1.17 billion) as compared to 83 per cent from 2014 ($1 billion) and a mere $397 million in 2012. It needs a special mention that apart from vehicles export of $1.83 billion in 2016, India’s other export items to Mexico included engineering goods, chemicals, textiles, plastics ($83 million) and pharmaceuticals ($47 million). So far as investment is concerned, as many as thirteen Mexican companies have invested about a billion dollars in India. From the Indian side, around 40 companies have invested in Mexico in different areas which include pharmaceuticals, auto parts, IT and chemicals. The Indian companies use Mexico as the platform for access to the markets of North and Central America with whom Mexico has signed FTAs.

India and Mexico have been together for quite a long period of 70 years. Both the countries are committed to the building of a solid foundation which will be helpful for both. It may be possible if both governments can set an agenda and set suitable strategies and share best practices. This will strengthen  India-Mexico bilateral relations, particularly concerning trade and commerce. There is no doubt that Mexico is fast emerging as a major and significant trade partner of India. Taking into account the fast increasing trade between India and Mexico and considering Mexico’s growing importance to India, it has become a sine qua non that both the countries should enter into a mutually beneficial trade agreement which will benefit both countries. This would lead to economic prosperity for both.