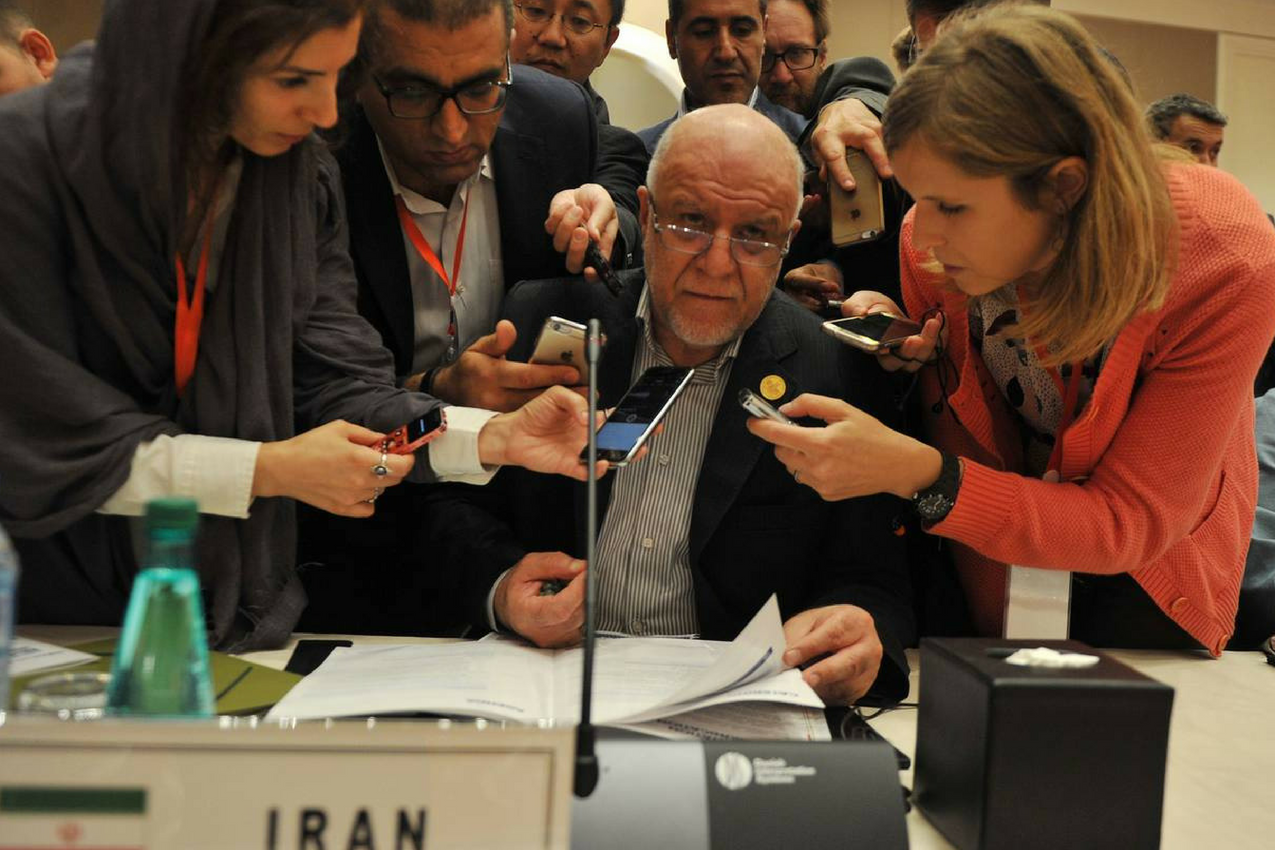 Despite Iran strongly opposing the decision, OPEC (Organization of Petroleum Exporting Countries) and its allies have come to a preliminary agreement to theoretically raise production by 1 million barrels per day. There is doubt as to whether an increase will actually be experienced in the production as several small countries that are members will be unable to rise to such outputs.

Vienna witnessed a night full of dramatic events at a meeting of the Joint Ministerial Monitoring Committee, which includes Russia and Saudi Arabia. The countries recommended a boost in supply despite BijanNamdarZanganeh, the Iranian oil minister, walking out of the meeting and declaring that OPEC can’t convince him to support this demand for increase.
Iran may wield a veto over any formal deal on Friday.However, such a move wouldn’t essentially stop extra oil from coming back into the market. The capital of Saudi Arabia may request to assemble a coalition of states that are able to pump additional oil at intervals under their existing agreement, and will act unilaterally to increase output or abandon the 2016 cuts deal entirely.

Zanganeh’s dissent reflects the impact offresh US sanctionson Iran’s petroleum industry. The restrictions imposed could significantly curb the country’s oil exports.
“From the Iranian stand point, an OPEC decision to boost output facilitates [is] an aggressive US policy against Tehran,” said Jason Bordoff, director of the Center on Global Energy Policy at Columbia University in New York.

The real production increase would be around 600,000 barrels each day, a delegate accustomed to OPEC’s internal calculations said. Among members of the cluster, Venezuela is almost guaranteed to be unable to boost output as its oil industry collapses. Outside OPEC, Mexico is unlikely to be able to pump additional.

It’s possible that a last-minute compromise could resolve Iran’s opposition to this arrangement. The cartel will meet again on Saturday with non-members, including Russia, that are part of the original deal to curb supplies.
The Iran walk-out shows the tension within OPEC after the U.S., China, and India put pressure to boost production to ease the pain of high oil prices. Brent crude last month surged to a more than three-year high above $80 a barrel.

Talks in Vienna were the latest step in a process that has whipsawed oil markets for weeks. Saudi Arabia and Russia’s desire to roll back production cuts has encountered fierce opposition from Iran and Venezuela.