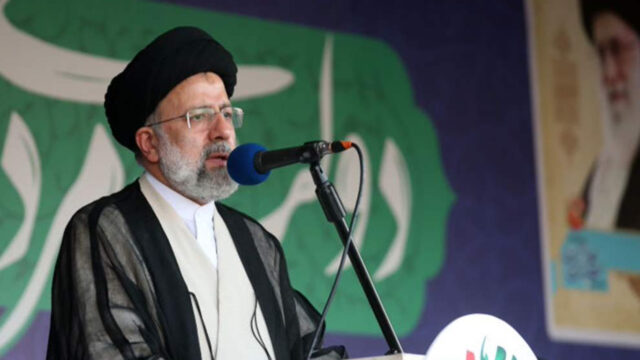 The talks about the nuclear weapons programme between Iran and the United States, France, United Kingdom, China, Germany and Russia were on hold since April 2021. On Sunday, the sixth round of indirect talks began in Vienna between the US and Iran to break through the blind alley, and reach a decision.

The talks are being looked at closely by experts around the world. Iran and the US have been attempting to conclude a framework for the norms to decide the fate of the Iranian nuclear programme. After former American President Donald Trump pulled out of the agreement between the two, Iran started working on its nuclear programme again. This led to hue and cry in the world and policy makers questioned the sanctity of the nuclear norms and power of international pressure per say. The recent talks have led to varied responses from countries across the world. While some have advocated flexible approach, others have taken the hard stand.

Complex Background of the Ongoing Talks

One of the important factors to note has been the recent Presidential election held in Iran. Ebrahim Raisi, the new elected President of Iran has been a controversial personality in the past. Known for being a hardliner, his first press conference after winning expressed his inclination towards giving nuclear deal relief in exchange for uplifting the sanctions. He will take charge from 3 August 2021 and there has been anticipation towards his policies post that. He said that the Vienna talks were being considered with a result-oriented approach. He also mentioned that it was important to ensure that the talks bore results instead of being dragged out. He urged the US to lift the sanctions immediately and return to the original understanding agreed upon in 2015. He refused to discuss the Iranian Ballistic Missile Programme or the country’s regional politics.

Ebrahim Raisi is believed to be a hard liner and has on various occasions expressed his averse views about the western countries. He has also been accused of orchestrating several human rights violations in the past. However, he explicitly defended by saying that he had “defended human rights in every position so far”.

BBC reported that Abbas Araqchi, the chief nuclear negotiator said they were “closer than ever to an agreement”. He however did express that the bridging the “remaining gap” was not an easy job. While there is a segment that is hopeful, there has been opposition to the talks especially after the election of Iranian Presidential candidate Raisi.

Israel has voiced its criticism of the talks and the election of Ebrahim Raisi openly. Israel described the new incoming government of Iran as a “regime of brutal hangmen”. Israeli Prime Minister Naftali Bennett said that the western powers needed to wake up before accepting the terms of a nuclear agreement with Iran.

Saudi Arabia opposed the talks and insisted that the unanswered questions be pursued with regard to the nuclear programme in Iran. The Foreign Minister said that the decisions in Iran were taken primarily by the Supreme leader and that Riyadh will wait to respond to the new election after looking at the ground reality.

Germany was advocating flexibility and pragmatism for the talks and Foreign Minister Heiko Maas said that while progress was evident, there were still some nuts to crack in the negotiations.

China, on the other hand was one of the few countries to congratulate Raisi on winning and reminded that the two nations shared a comprehensive strategic partnership. He also pointed towards willingness to work for increasing the mutual benefits and increasing the political trust that the two shared in the past. China has been supporting lifting of sanctions from Iran as the first step towards reaching a substantial decision.

Russian Prime Minister Vladimir Putin too congratulated Raisi and hoped for enhanced cooperation and partnership in international relations to strengthen the regional stability and security.

The China Daily reported that Syrian President Bashar Al- Assad and Lebanese President Michel Aoun were amongst the others who sent their greetings to Iranian leader Raisi and hoped for better bilateral relations and cooperation in future.

India too congratulated the upcoming President and expressed optimism about the election and prospects for future relations.

Amidst the tension, there were reports of the US Justice Department banning 36 websites with affiliation to Iran for violating the imposed sanctions. Tehran condemned this decision for being against any constructive spirit especially in the current scenario with nuclear talks at play.

A closer look at the scenario puts a few questions on the table. The new leadership has raised eye brows in many countries about the future policies that will be followed by Iran. The support to Iranian leader Raisi from some countries also show the division in opinion in the world. The US has changed its method of engagement under the new Biden administration. While Iranian leader Raisi said no to a prospective meeting with US President Joe Biden, the response from the American side has been accommodating. A substantial deal with Iran will address a major international crisis and needs caution and resilience. Thus it is important that countries come together and reach a decision that benefits all.