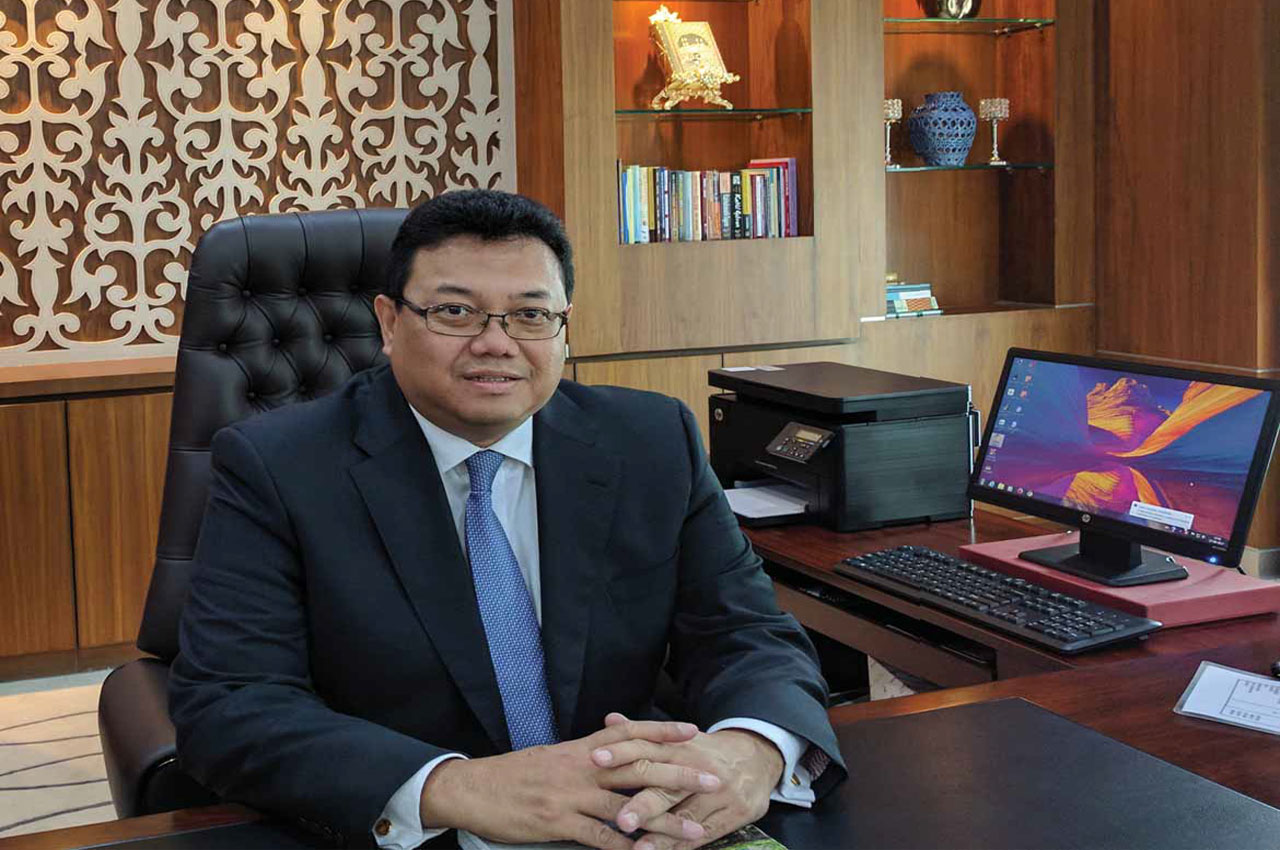 I arrived in New Delhi on 12 March 2017. In the 5 months that I have been in India, I had the opportunity to travel to many different regions of the country. I am awestruck to see “Incredible India” with its fascinating nature and colorful culture and traditions. I also noticed that many new urban centres in India are developing very fast.

I came at a time when our bilateral relations are being revitalised and enhanced with the recent visit of Prime Minister Najib Razak to India. Both our premiers have set a new benchmark and thrust for enhancement of cooperation between our two countries. I have been entrusted to galvanize our efforts and work towards the fulfilment of these targets.

Malaysia and India have always shared close ties, especially among the peoples of our two countries going back many centuries. Malaysia has among the largest Indian diaspora outside of India, and many of our traditions and cultures have long been infused together. It is only natural that these ties will continue to grow in the future.

Many initiatives are being carried out to allow closer people-to-people contacts, such as visa waiver programme and increased flight connectivity. With such initiatives, I foresee that there will be increased and closer cooperation between the peoples of our two countries.

Malaysia and India signed a Comprehensive Economic Cooperation Agreement (CECA) in February 2011.The bilateral agreement has allowed greater economic integration between both countries. To date, bilateral trade stood at USD 10.7 billion in 2016. Both sides are working hard to increase bilateral trade to USD 15 billion by 2020.

The RCEP is a regional free trade agreement involving all ten ASEAN countries and its existing Free Trade Agreement partners, namely Australia, China, India, Japan, Korea and New Zealand. To date (until May 2017), 18 rounds of negotiations have been held, since May 2013. All parties involved are making every efforts to conclude the agreement as soon as possible, as RCEP is poised to boost economic growth of the region, which accounts for 30% of the world’s GDP.

Prime Minister Modi has been a transformational leader of India.Throughout his three-year tenure, he has introduced a number of bold initiatives to propel India forward, including the GST, and India’s “Act East Policy”.

The ASEAN economies being major hubs for manufacturing and trade offer tremendous potential for India. The ASEAN-India FTA concluded in August 2009 has boosted movement of goods between the two regions, and trade currently stood at USD 58 billion.

Malaysia is India’s best gateway into ASEAN. It is centrally located in ASEAN
and offers the best air connectivity from India. Many major Indian businesses are already well-established in Malaysia. Many are also expanding and diversifying their operations. Our similar background and the conducive environment for doing business makes it easy for Indian business community.

Malaysia and India should also leverage on our strong ties to venture together into other regions such as the
middle-east and Asia Pacifi c countries.

Malaysia is in the top 10 trading partner of India. Although trade is currently recorded at USD 10.7 billion, both leaders are confident that the bilateral trade will grow to USD 15 billion by 2020. India is Malaysia’s 20th largest investor, with total investments worth USD 2.31 billion. Malaysia’s investment in India meanwhile has been estimated to be at least USD 7 billion. Malaysian banks are interested to open branches in India to extend greater contribution, which reflects the growing economic and financial linkages between Malaysia and India.

The Make in India project introduced a number of initiatives to attract foreign investors. Malaysian companies have seized the opportunity to be part of India’s economic development, and have invested in a number of key sectors, including infrastructure development, construction, information technology, transportation, aviation and telecommunication.

The third visit also coincides with the 60th anniversary of formal diplomatic relations between Malaysia and India, which began in 1957 right after our independence. Even before that, while both Malaysia and India were under colonial rule, there was a visit to Malaya by Jawaharlal Nehru in 1937.

During the Second World War, the 11th. Indian Infantry Division of the British Army fought in the Malayan Campaign against the Japanese.

After Independence, both countries have cooperated in a wider spectrum of areas.

Education has been one of the cornerstone of our bilateral relations. Around 5000 Malaysian students are currently enrolled in universities and colleges in India. Around 2000 Indian students are also present in Malaysia.

India is considered as among Malaysia’s active partner in cultural cooperation. Cultural Agreement signed back in 1978, as well as the MoU on Tourism Cooperation in 2010 allowed consistent cooperation between both countries, where large numbers of programmes and activities have been conducted to celebrate the cultural diversities of Malaysia and India.

Malaysia and India are fi rm partners in security. Both governments are committed to combating violent extremism and has formed a Joint Working Group on Counter Terrorism. This has been an important platform for both countries to share experiences in addressing the issues of extremism and transnational crime.

Cooperation in Health has expanded into traditional medicine as well where India has a strong base. Both countries signed an MoU on Traditional System of Medicine in 2010 that paved the way for further promotion of traditional medicine. Malaysia is also keen to learn about Ayurveda, Yoga, Unani, Siddha and Homeopathy (AYUSH) medical system.

Our defence cooperation have always given emphasis on training of military personnel, exchange of technical knowhow and high-level military exchanges. The Malaysia-India Defence Cooperation Joint Committee (MIDCOM) was established to implement and monitor bilateral defence activities.

It is set to expand further into potential areas such as defence industry and procurement.

Malaysia and India have always enjoyed close and friendly bilateral relations. As time passes, the relations between the two countries have flourished beyond the traditional trade linkages and have encapsulated at all levels – official Government to-Government, businesses and people-to-people contact. The ancestral links between both countries also contributed to the close nature of the people-to-people relations. Our family-like
bonds will grow even stronger, for the benefit of both our countries and peoples.

I strongly believe that Malaysia-India special relations will propel to greater heights in the future. It is indeed time for us to: Innovate in this challenging times :

– Diversify into other potential areas of cooperation;

– Instil the spirit of globalisation; and,

–  Appreciate our 60-years of warm relations.