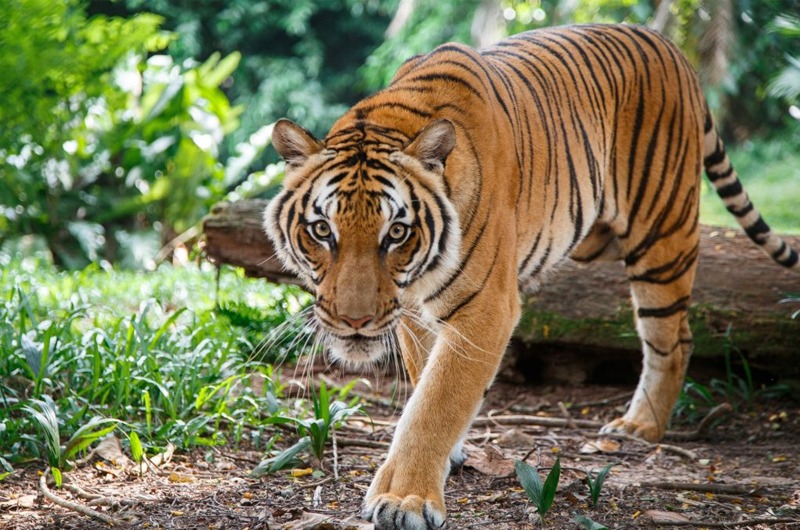 Saint Petersburg Tiger Summit 2010 was the platform where the decision to observe 29th July, annually, as the International Tiger Day was taken. The decision came in the wake of appalling decline in the world wild cat population that had reduced by a whooping 97% in the last century.

This meant barely around 3,000 of the big cats had managed to survive. As per the World Wildlife Fund (WWF),  the primary reasons for rapid fall off in  tiger population were habitat loss, climate change and poaching.  In response to this revelation the authorities of the tiger populated countries in 2010, pledged to double the tiger population and mobilize as well as invigorate conservation efforts.

International Tiger Day, 2020 commemorates the tenth anniversary of this endeavour to save and increase the tiger population around the globe. The overarching purpose and motive of celebrating this day each year is to promote a world order that safeguards natural habitats of tigers, raise awareness about tiger conservation and support initiatives actively striving towards achieving the desired goals of conservation.

Scientifically known as Panthera tigris, ‘Tiger’ is the national animal of India.  Tigers were critically endangered and the government sprang into action by raising awareness about the conservation of tigers and launching Project Tiger in 1973. The largest members of the cat family, tigers in India started to decline rapidly and their conservation became a pressing matter of concern in India in 2010.

Considered as an  ‘Umbrella Species’, the conservation of Tigers is crucial for the protection and continuation of other species as well. India’s tiger population has doubled before the target year which was set as 2022. Project Tiger  has not been anything but a success story with the sort of challenges it faced, whether it was poaching, losing habitat, the contact between human and wildlife which were the possible causes for wildlife conflict and climate change.

This International Tiger Day, praising India’s efforts at conserving tigers and applauding the success of Project Tiger, the Railways and Commerce and Industry Minister,  Mr.  Piyush Goyal tweeted,  “Balancing between modernisation and conservation, PM has been on the forefront to save tigers…”

Our Environment Minister Prakash Javadekar had posted a short video on how the government has achieved success rates related to the population of Tigers in India.  He had tweeted, “15 months, survey of 3,81,400 sq km of forest area and 5,93,882 man days…,” the video said. “Project Tiger was launched in 1973 with just nine tiger reserves. Today, India has 50 reserves with 2,967 tigers.”

India is abundant in wildlife as there are 30,000 elephants, 3,000 one-horned rhinoceros and more than 500 lions in different national parks and  wildlife sanctuaries. There are currently 13 tiger range countries around the globe which include India, Bangladesh, Thailand,  Bhutan, Cambodia,  Russia, Nepal, China, Indonesia, Lao PDR, Malaysia, Myanmar, and Vietnam.

Currently, the tiger populations in India, Nepal, Bhutan, Russia and China, according to the World Wildlife Fund are either stable or successfully increasing. But the alarm bells are still quite resonant in certain regions like Asia and much of Southeast Asia, as the number of tigers are still briskly reducing in these areas.