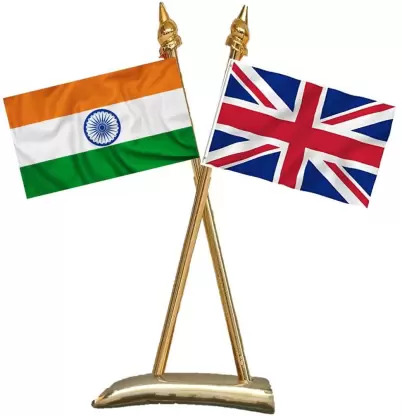 According to the joint statement released by the participants, these talks were “productive” and “reflected our shared ambition to secure a comprehensive deal to boost trade between the 5th and 6th largest economies in the world.”

The second round of talks is expected to take place from 7-18 March this year.

Both the countries expect to conclude something tangible by end of this year.

It is anticipated that a Free Trade Agreement will reap huge benefits for both countries. A successful agreement is likely to push bilateral trade up to UK£28 billion a year by 2035. The move will also increase the wages of workers in the UK.

This negotiation is seen as a major policy change after UK’s Brexit and warming up to the Indo-Pacific region.

Indo-Pacific region has half of the world’s population and is likely to fuel 50% economic growth in coming years. India is a £2 trillion economy and market of 1.4 billion consumers.

The Department of Trade, UK, had earlier said that the government must negotiate for an agreement that removes the trade barriers with India. Some of the policy changes sought are tariff cuts on British automobiles and Scotch Whiskey.

The British government has announced these talks as a “golden opportunity,” to put British businesses at the “front of the queue” of the Indian economy.

India’s plan to launch 175 GW of renewable energy capacity is a major opportunity for UK’s green businesses to invest here.