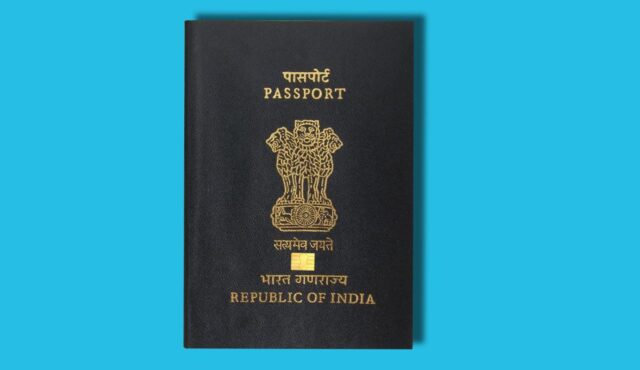 V Muraleedharan, Union Minister of State for External Affairs, said on Thursday, 7th April that the government is planning to issue e-passports to its citizens, starting in 2022-23. The announcement regarding the issuing of e-passports was first made by Smt. Nirmala Sitharaman, Union Finance Minister during the parliament’s budget session in February. At that time, Sitharaman had said that the government is looking forward to issuing e-passports in India in the financial year 2022-23.

Muraleedharan’s remarks on the e-passport came in Rajya Sabha as a reply to a question on the government’s plans for the issuance of e-passports in the year 2022 and the details regarding it.

The MoS has announced that the e-passport will be a combined paper and electronic passport, with an embedded Radio Frequency Identification (RFID) chip and antenna embedded as an inlay in the back cover of the passport. This RFID chip would store the passport holder’s biometric data. It would also store other details such as the passport holder’s name and other necessary details.

Mr Muraleedharan also said, “The passport’s critical information will be printed on its data page as well as stored in the chip. The characteristics of the document and the chip are specified in International Civil Aviation Organization (ICAO) document 9303.”

The Ministry of External Affairs has entrusted the National Informatics Centre (NIC) with the technical responsibilities in the context of the issuance of e-passports. Muraleedharan stated that “The e-passports will be produced by the India Security Press, Nashik, which has issued letters of intent for the procurement of 4.5 crore ICAO-compliant electronic chips along with its operating system.”

The MoS has informed the Upper House that sample e-passports are under testing and evaluation currently and the full-scale manufacture and issue will commence with the completion of the technical eco-system and infrastructure.