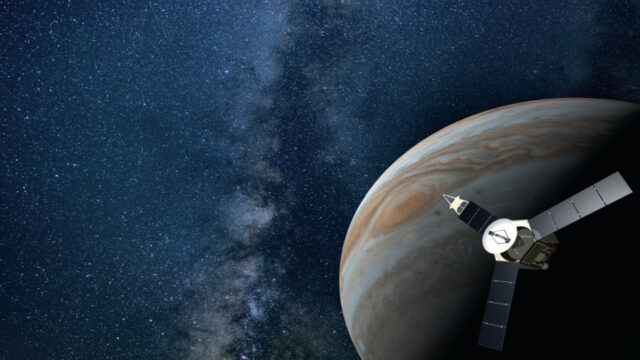 The year 2022 marks 70 years of diplomatic relations between India and Japan, which is one of the major highlights of their bilateral ties. India and Japan have established and maintained a peaceful and successful relationship over the past 70 years. In Science and Technology, both governments agreed to establish cooperation in the ﬁeld of biotechnology, information, and communication technology.Under former Japanese Prime Minister Mr. Shinzo Abe and Indian Prime Minister Shri Narendra Modi, the relations between the two nations saw a major boost as both leaders developed the ‘Special Strategic and Global Partnership’. Cooperation in the ﬁeld of science and technology was one of the fundamental areas under this strategic partnership. Indo-Japan Science and Technology Cooperation was formalised in 1985 through the inter-governmental agencies signed between the Ministry of External Affairs (MEA), India and the Ministry of Education, Culture, Sports, Science, and Technology, the Government of Japan.

Indo-Japan Joint Science and Technology Committee founded by the Department of Science and Technology (DST) India, and MOFA, Japan, is known as the apex body that provides direction to cooperative science and technology activities. The bilateral cooperation in S&T has an institutional framework with different Japanese government agencies that involve value-based partnerships on the principles of reciprocity and co-funding. Both nations also aim at working together in developing science, technology and innovation roadmap for sustainable development goals (SDGs).

Science Programme was initiated in 1993 with the Japan Society for the Promotion of Science (JSPS) being guided by the India-Japan Science Council (IJSC). Priority areas of the joint project and joint workshops include Physical and Chemical Systems, Fundamental Science, Engineered Materials Systems, Engineering and Processes, Natural Systems, Biology, and Life Sciences, Global Systems, etc. India Japan Science Council is working for the last 21 years and has been a very effective vehicle of S&T cooperation between the two countries. It has further promoted and strengthened closer ties between Indian and Japanese scientiﬁc communities through joint programmes such as research projects, seminars, visits of scientists, RONPAKU Fellowships, and Asia Academic Seminars.

(including the Internet of Things, Artiﬁcial Intelligence, and Big Data Analysis) between India and Japan. MOC on India-Japan Digital Partnership (IJDP) was signed during the visit of Mr. Modi to Japan, in Tokyo, on 29 October 2018, between the Ministry of IT & Electronics, India (MeitY) and Ministry of Economy, Trade, and Industry (METI), Japan. It envisaged cooperation in ﬁve sub-areas: 1) Start-up Initiative, 2) Corporate Partnership, 3) ESDM promotion, 4) Digital talent exchange, 5) R&D Cooperation and 6) Security-related strategic collaboration. Cooperation in Nuclear Science and Technology. The ﬁrst joint committee meeting was held in New Delhi, in September 1986, based on the science and technology cooperation agreement with India concluded in August 1985. MoU between the Indian Nuclear Society (INS) and Japan Atomic Energy Society (JAES) was signed in September 2013, in Tokyo, to promote peaceful uses of nuclear science & technology. On February 21st, 2020, the meeting on Japan-India civil nuclear cooperation was held in Tokyo, Japan. Representatives of the Government of Japan including the Ministry of Economy, Trade, and Industry, Ministry of Foreign Affairs, and Ministry of Education, Culture, Sports, Science and Technology, and other representatives from the industry attended the working group from the Japanese side.

(JAMSTEC), during the visit of PM Modi to Japan. The MoU aims to establish and promote cooperation in the ﬁeld of marine and earth science and technology, based on mutual equality and beneﬁts through joint surveys, cruises, R&D activities, etc. MoES and JAMSTEC have identiﬁed 3 joint projects in areas of climate modelling for monsoon prediction, deep-sea exploration, and earthquake and tsunami warning research in the Andaman Sea in July 2018.

Cooperation in Space Science and Technology: Japan Space Exploration Agency (JAXA) and Indian Space Research Organization (ISRO) collaboration dates back to the 1960s, since the establishment of the Thumba Equatorial Rocket Station at Thumba (Thiruvananthapuram).

(APSRAF). ISRO and JAXA signed a Memorandum of Understanding to pursue future cooperative activities in the use and exploration of outer space exclusively for peaceful purposes on 11 November 2016.

On November 2, 2021, the second meeting of the Japan-India Space Dialogue was held virtually. The dialogue provided an opportunity to exchange information on the space policy of each country and to hold discussions on space security, bilateral cooperation between JAXA and ISRO, their space industries, global navigation satellite systems, space situational awareness (SSA), space-related rules and norms, and other areas of mutual interest.

Since Japan is the world’s third-largest economy, during the Covid-19 pandemic, Japan International Cooperation Agency (JICA) sanctioned a grant of 1 billion Yen and an ODA Yen loan of up to 50 billion towards India’s Covid crisis as emergency support. This programme is aimed at supporting India’s efforts in combating the pandemic and improving the resilience of India’s health systems.

The strategic vulnerabilities in critical technologies, as well as supply chains, tend to shape the global initiatives and create opportunities for like-minded democracies like India and Japan to join forces to search for solutions and cooperation in high technology. Japan has maintained its position of being a frontrunner in high technology and innovation. In the Fifth Science and Technology Basic Plan, Japan has mainstreamed Society 5.0 in its political agenda with a focus on digital technologies including big data analytics, AI, the Internet of Things (IoT), and robotics. Tokyo has also elevated its science and technology budget to $38 billion in 2019.

Countries often realise the imperative of collaboration, recognising strengths and weaknesses in different areas of innovation. This is pertinent in the opportunities for cooperation presented between Japan’s Rakuten and India’s Jio on 5G and designing a telecom supply chain. For example, Rakuten’s 5G network, which is based on Open Radio Access Network (O-RAN) technology, has enlisted the help of Indian tech companies and is collaborating with Sterlite Technologies for hardware and with HCL, Wipro, and Tech Mahindra for software.

India’s NITI Aayog has identiﬁed Japan as a potential partner to create AI. Advancing cooperation on AI, an MOU was signed between the AI Research Centre (AIRC) at the National Institute of Advanced Science and Technology (AIST) in Japan and the Indian Institute of Technology (IIT) in Hyderabad.

The Japan-India Digital Partnership also taps opportunities in the start-up ecosystem. NASSCOM and JETRO are deepening cooperation and putting the start-ups and tech ﬁrms in touch with Japanese venture capitalists and strategic partners. Advancing cooperation in ﬁntech, there are MoUs between the Fintech Association of Japan (FAJ) and FICCI, and between FINOLAB and Mumbai Fintech Hub.

Besides 5G, AI, and ﬁntech, India and Japan are also deepening cooperation in the space and defence sectors. The India-Japan Space Dialogue culminated from the strategic alignment in shaping space security and space-related norms. Tech collaboration towards the Joint Lunar Polar Exploration Mission demonstrates the depth of this strategic partnership.

In January 2021, India and Japan signed a memorandum of understanding (MoU) to enhance cooperation in the ﬁeld of Information and Communications Technology (ICT), including 5G standardisation.

During the recent visit of Japan’s PM Mr. Fumio Kishida to India, both leaders focussed on the importance of digital technologies in the post-Covid world. They emphasised enhancing the digital economy by providing opportunities for Indian IT professionals to work in Japan and Japanese companies. They affirmed their commitment to cooperate in ﬁelds of 5G, telecom network security, submarine cable systems. Moreover, both leaders also welcomed the progress of bilateral cooperation in the ﬁeld of science and technology, including, holding the 10th Meeting of the India-Japan Joint Committee on Science and Technology Cooperation in November 2020, and looking forward to the joint lunar research project.

The relationship between Japan and India has experienced rapid and signiﬁcant expansion in recent years. S&T is one of the important ﬁelds to which both governments attach the highest values and areas like outer space with joint missions to the moon, biotechnology, AI, nanotechnology, and quantum technology are exciting ﬁelds for cooperation for researchers between India and Japan.