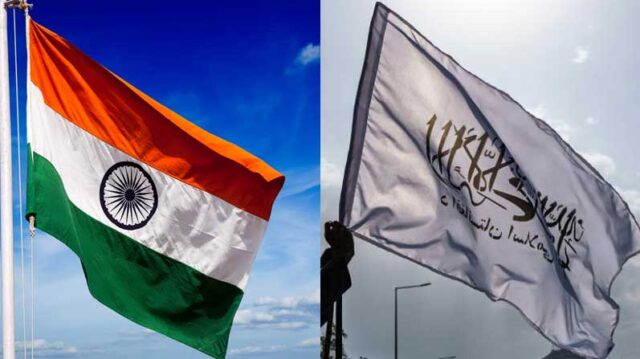 India has invested more than $ 3bn in development and infrastructure projects in Afghanistan. India has offered scholarships to Afghan students and helped construct the parliament building for $90m, earning huge goodwill in the country of 38 million. India and Afghanistan always had strong yet developing relations yet this has changed since the rapid advance of the Taliban.  Under Operation Devi Shakti, India has already evacuated more than 800 people from Afghanistan after Kabul was captured by the Taliban. Bilateral trade between the two countries had also increased significantly over the years and reached $1.5bn in 2019-2020. But the situation has changed drastically, Michael Kugelman, the deputy director of the Asia programme at the US-based Wilson Center has recently stated, “India has gone from being Kabul’s closest regional partner to one of the region’s most disadvantaged players in Afghanistan context”.

On 31st August 2021, India held its first talks with the Taliban. This is the first-time discussion that took place between India’s Ambassador to Qatar with top Taliban leaders since the group took over Afghanistan. The meeting took place at the Indian embassy in Doha and comes two weeks after the outfit seized control of Kabul. As per the reports, by the Foreign Ministry, the meeting was set up at the request of the Taliban side.

According to the reports by the Ministry of External Affairs (MEA), the discussions focused on the safety, security, and early return of Indian nationals stranded in Afghanistan and the travel of Afghan nationals, especially members of minority communities to India. During the meeting between Ambassador Deepak Mittal and Sher Mohammad Abbas Stanekzai, the group’s close ties with Pakistan and the safety of the Indians left behind in Afghanistan were also discussed. Ambassador expressed his concerns about the anti-India Militant using Afghanistan’s soil to mount attacks. The group’s representatives present at the meeting assured the ambassador that all the above questions will be answered positively.

This is the first publicly acknowledged contact between the two sides. In the last two decades. With this meeting, it can be sensed that India is open to all the communication channels with the Taliban and will acknowledge them officially. In recent days, Sher Mohammad Abbas Stanekzai expressed the group’s wishes to strengthen their relations with India especially in terms of politics and economics. As per reports, he also informally reached out to India, asking not to shut down its embassy.