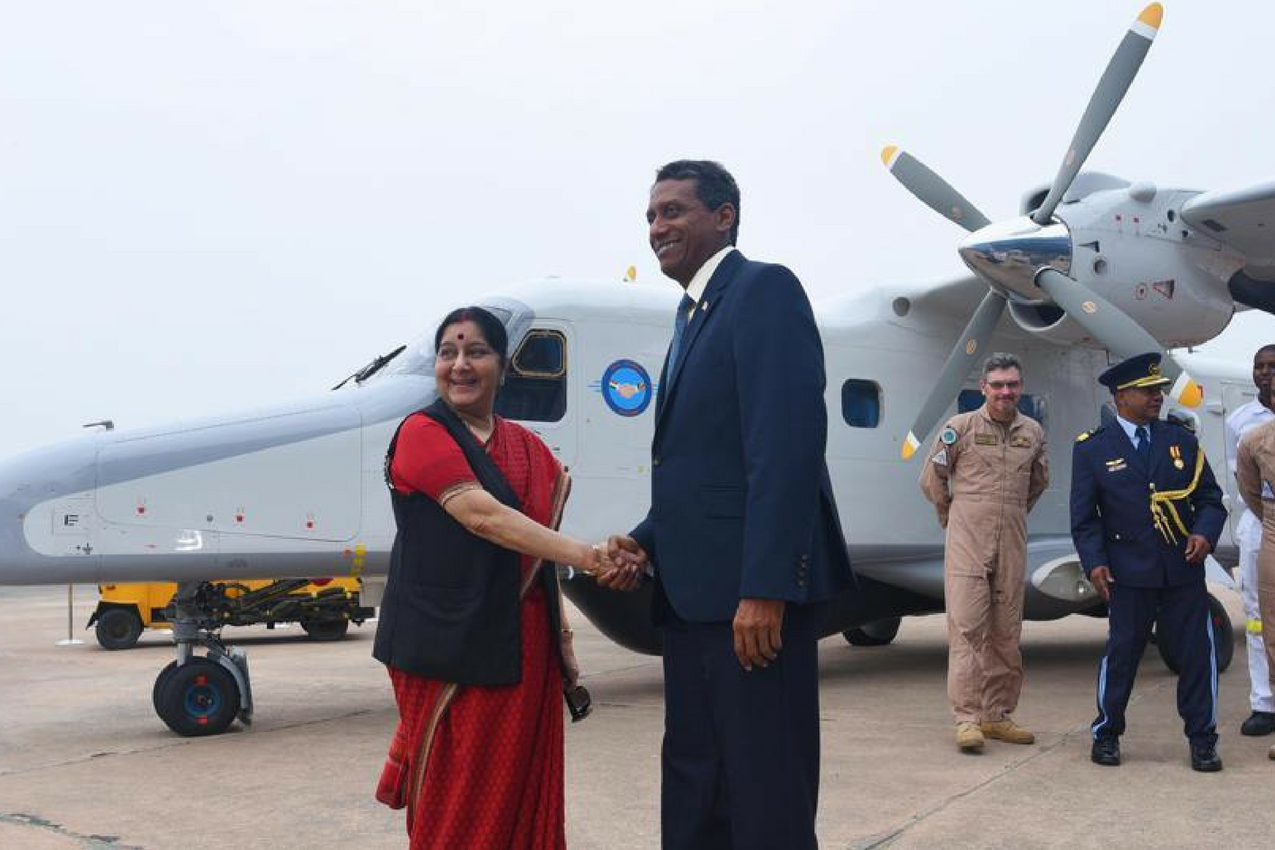 In order to help the country of Seychelles enhance its maritime defense and maintain security on its borders in the Indian Ocean region, on Tuesday India gifted them a second Dornier aircraft.

“This aircraft will give a quantum enhancement in maritime reconnaissance and contribute towards keeping the vast EEZ (exclusive economic zone) of Seychelles free from maritime threats,” India’s External Affairs Minister Sushma Swaraj said, while handing over the aircraft to Seychelles President Danny Faure who is currently visiting New Delhi.

Seychelles President Faure believes that the Dornier will help the island nation bolster their coastal surveillance capacity. “The Dornier 228 has come at the right time and would be flown on the forthcoming 42nd Independence Day of Seychelles on June 29, signifying the strong relations between the two countries,” said Faure.

When Indian Prime Minister Narendra Modi visited Seychelles in March 2015, he had announced the decision of gifting this second Dornier aircraft to enhance the island’s surveillance capability in the Indian Ocean to enable them to tackle maritime threats.

Stating that as maritime neighbours, India and the Seychelles were committed to securing the oceanic space around them for sustained development, Sushma Swaraj said, “Securing our seas will ultimately lead to creating a peaceful environment for the progress and prosperity of our two countries and peoples. It forms part of our SAGAR vision articulated by our Prime Minister — an acronym that denotes Security and Growth for All in the Region.”

Describing India and the Seychelles as “strong security partners”, Sushma Swaraj also added that the Indian naval ships were regularly deployed to undertake patrolling of the extensive EEZ (exclusive economic zone) of that country. “India also remains committed to support Seychelles through capacity building, especially in the field of maritime security,” she said.

While Faure is in New Delhi, during a bilateral meeting with PM Modi, both leaders agreed to work on the long overdue Assumption Island Project while keeping each other’s interests in mind. New Delhi has promised a LoC of $100 million to Seychelles to strengthen their defence capabilities.

“On the issue of Assumption Island, we are ready to work together on the basis of each other’s interests,” Modi said in a joint address to the media with Faure after the meeting.

Faure is on his first bilateral visit to India at the invitation of Indian President Ram Nath Kovind.