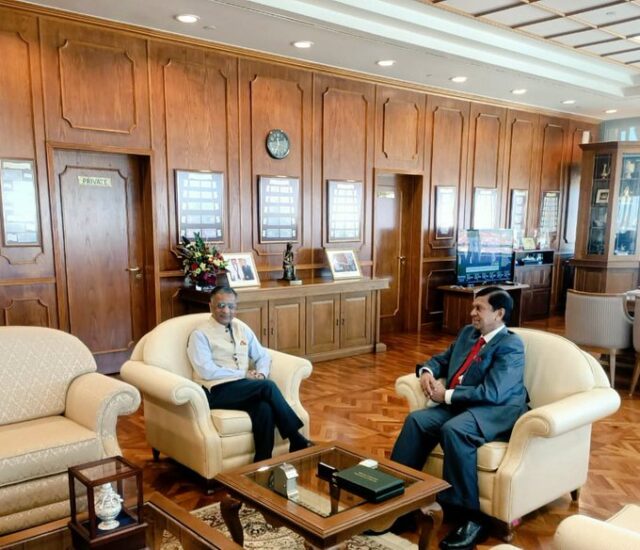 The Indian government on 13 January confirmed that it was processing a $400 million swap with Sri Lanka. The government is also delaying the payment of $500 million, which is due for Colombo to the Asian Clearing Union.

The move of extending $900 million forex support to the island nation will act as a breather as for the Sri Lankan government, which is reeling under severe economic crisis.

The Central Bank Governor in exchange tweeted, “Had an excellent discussion with Indian High Commissioner to Sri Lanka HE Gopal Baglay at my office this morning where he confirmed the SAARC swap by RBI and other forms of bilateral cooperation.”

India’s help comes after the Lankan Finance Minister Basil Rajapaksa had requested the Indian government for emergency assistance when he was visiting New Delhi in December 2021. There were requests for Line of Credit for importing necessary items and a currency swap, which will boost Sri Lanka’s foreign reserves which are under severe stress.

With the ongoing forex crisis, observers believe the island nation might default on sovereign debt payment. The nation might experience food shortage which heavily relies on imports. As per reports, Sri Lanka has to pay back over $7 billion debt this year. This includes a $500 million bond repayment in this month and $1 billion by mid-year.

So far, the central bank of Sri Lanka has maintained that it will pay off its sovereign debt. The bank has also rejected that it would require a bail out by the IMF.

Governor Cabraal recently said that it is in talks with China for a new loan. The central bank is seeking a $500 million loan and a $1.5 billion currency swap. Reports add that this bailout package was sorted when Chinese Foreign Minister Wang Yi was visiting the Sri Lankan capital last week.

Sri Lanka has to pay back more than $5 billion to China. Sri Lanka is requesting Beijing to restructure its loan package.

The Indian bank already extended a similar swap of $400 million in July 2020.

The island country, which is heavily dependent on tourism and imports of essential items, is reeling under an economic crisis due to the pandemic, which hit the flow of tourists.