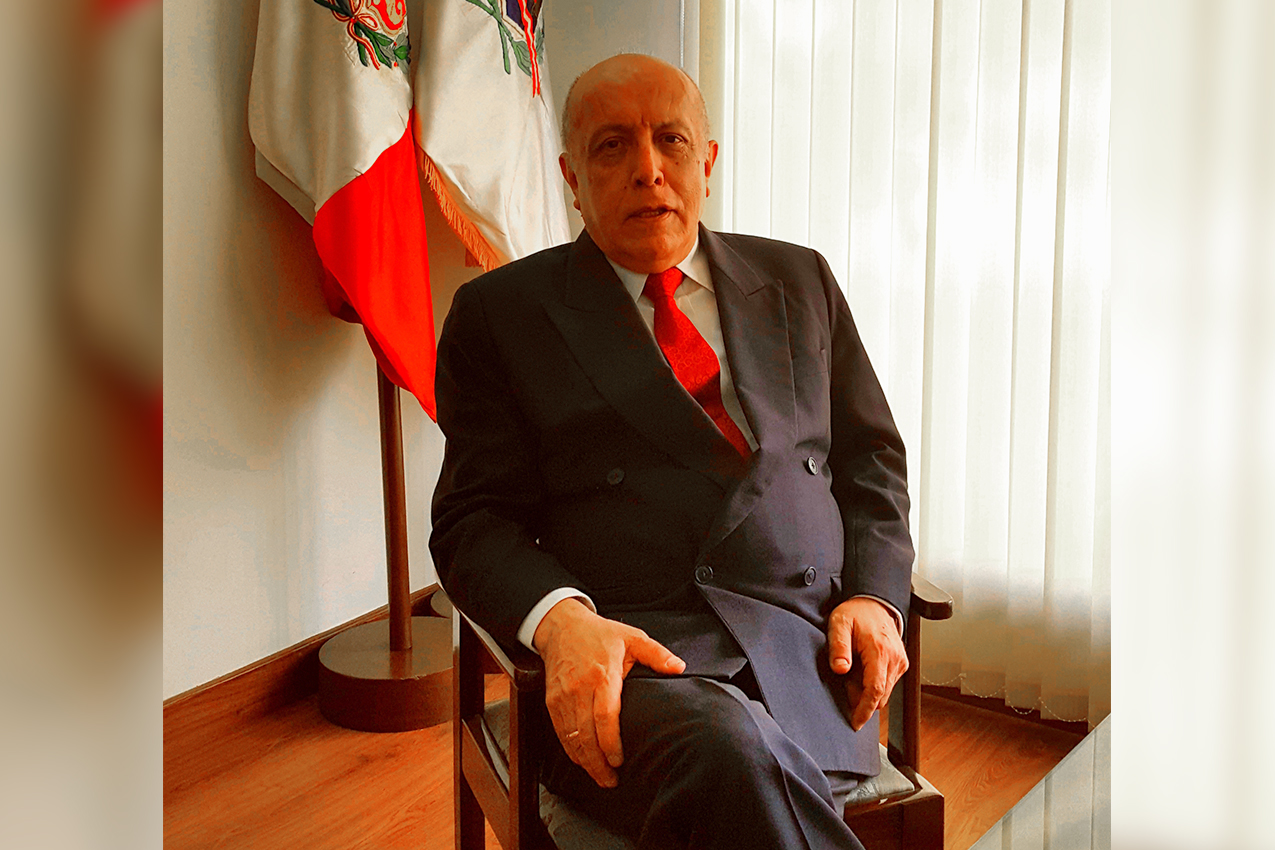 By far my year and a half stay in India has been highly pleasant and satisfactory, both in professional and personal terms. Despite the short length of this period, it became the most intensive and dynamic posting in my 48 years of work as a career diplomat. During my time in India, many important and positive activities in all areas of the
Peru–India bilateral relationship have taken place, all of which have yielded positive and encouraging results. Many more initiatives are now under discussion or in process of construction. In personal terms, travelling around India and interacting with its people, has given me the opportunity to learn and understand the richness and diversity of India’s culture, as well as witness its impressive geography and amazing development of its infrastructure in all sectors.

The agreement between the Ministry of New and Renewable Energy of the Republic of India and the Ministry of Energy and Mining of the Republic of Peru on Cooperation in New and Renewable Energy entails working together to promote bilateral technical cooperation in new and renewable energy on the basis of mutual benefit, equality, and reciprocity. The Agreement envisages establishing a Joint Committee to develop work plans for its implementation. I wish to underscore that Peru and India, being founder members of the International Solar Alliance, share the common view that goals in the Paris Agreement and the Agenda for Sustainable Development cannot be achieved without scaling up solar power generation and support countries with great solar potential. This opens a broad scope of cooperation between our two countries. The signing of the agreement on Cooperation in New and Renewable Energy is just part of the process of construction of a strong legal cooperation framework, which to-date comprises 32 signed agreements and at least 16 more in process of negotiation. Likewise, it reflects the expanding relations between the two countries and conveys a strong commitment from both parties to deepen and diversify their already multifaceted ties, and to step up the bilateral relationship to a higher level.

Trade between India and Peru, which in 2015 was USD $1,156,462 million in value, reached USD $2,777,042 million in 2017. This significative increase reflects the dynamic trade interaction that is developing between our two countries.  During the recent visit of the Vice-President of India, H.E. Shri Venkaiah Naidu to Peru, it was highlighted that India became Peru’s seventh largest trading partner in 2017 and that both parties achieved progress during the second round of negotiations for a comprehensive trade agreement covering goods, services, and investments, and underscored the importance of intensifying the negotiations for an early conclusion of said agreement. The third round of negotiations will be held in September 2018, in New Delhi. In addition, in the economic sector, there are also other agreements in negotiation regarding assistance in customs, sanitary, phytosanitary and fishery sanitary matters. These will synergize with the comprehensive trade agreement, allowing for a both freer and safer flow of goods between our countries. Our economies being complementary, the desired goal is to develop a strong, strategic and long-lasting relation between our two countries.

Both Peru and India are cradles of civilization with ancient cultures that date back to 5000 years, having lot of cultural values and knowledge to share with your readers. It can be done through travelling and by mingling with the locals or by social networking sites (Facebook, Twitter and Instagram) or whats app. Registering as a member of the Indo-Peruvian Friendship Association (INPEFA) will be a positive step in that direction.