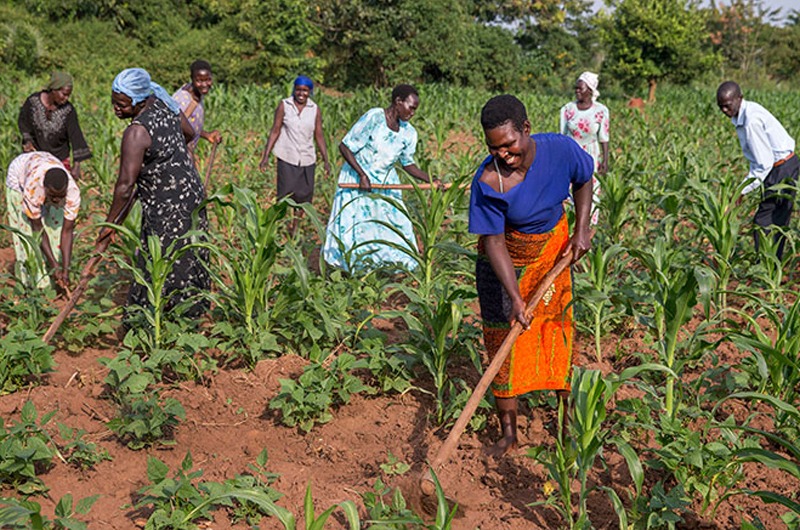 The COVID19 pandemic continues to spread unprecedented devastation across the world on populations, health care systems, food security and economies. As of now in Africa, there are total number of 192,118 out of which 101,984 are active cases with 5215 deaths reported.

The year 2019 in Africa will also be remembered as the year of Climate crisis that devasted part of East and Southern Africa with landslides, floods, droughts and cyclones leaving at least 33% of the people at various levels of food insecurity. The devastating locust invasion continues to put millions at risk still in the horn of Africa where the population is still trying to overcome. It is the worst upsurge Eritrea, Ethiopia and Somalia have experienced in the last 25 years, Uganda in 60 years and in Kenya in 70 years (FAO).

The World Bank’s recent (April 2020) report on the impact of Covid-19 in sub-Saharan Africa projected that economic growth in sub-Saharan Africa will decline to between -2.1% to -5.1% in 2020; the first recession in the region in 25 years. According to the World Food Programme, one of the biggest impacts will be on food security, seen through limited access to food, restrictions on labour and imports and price fluctuations. The Coronavirus Virus Crisis (CVC) has compounded these challenges that the continent was already facing, further hampering the production and movement of goods.

The Goal no 2 of the 2015 UN Sustainable Development Goals are achieving Zero hunger by 2030 but there are numerous challenges than to achieving this goal. For almost all African countries affected by the virus and full or partial lockdown took place all over, thus the challenges of food insecurity is a wide crisis that needs immediate attention.

The Coronavirus crisis compounds an issue that is already of great concern, threatening to impact further the livelihoods of the world’s poorest, of whom a majority depend on agriculture. The indigent population lacks social security nets, putting its members at a greater risk of severe food insecurity. In times of crisis, the world’s poorest are likely to run out of food, thereby experiencing hunger and – at the extreme – going for days without eating, putting health and wellbeing at risk.

Africa contains 25% of the global landscape suitable for crop cultivation which is more than sufficient to drive the continent’s economic development and adequately feed its own population. According to the World Bank report, agricultural production is likely to contract between 2.6% – 7% with food imports declining substantially by up to 25%.

There are four key effects of this pandemic on Africa’s agricultural industry that will likely impact food security:

The first is labour and supply shortages. The majority of sub-Saharan Africa with informal and smallholder farmers food production & labour intensive processing making up more than 60% of the population. Therefore, government restrictions on travel and movement, as well as the health impacts of the virus, will likely lead to a shortage of raw materials and infrastructure & labor. This in turn may significantly impact the supply chain across Africa.

Restrictions on imports and exports is another area of concern. The world has closed its borders when there is a great disruption on local food supply chains. As many would naturally rely on imports but many governments around and such unfavorable condition has prevented farmers from being able to distribute their foods both nationally and internationally, making it harder for farmers to support their operations.

Last-mile disruptions are another factor. Local food markets are the backbone of the informal economy of many African countries; supplying the majority of food to Africans. City and nationwide lockdowns, and government policies closing markets and restricting public gatherings, could prove disastrous not just for the traders but for the public.

Finally, the price fluctuations are an issue. In such a crisis-like situation, prices of food are likely to rise due to reduced imports and closures of many informal markets and disruptions to the agriculture supply chain. In Africa, such situation cab be observed in Ghana that has witnessed a 7.9% increase on the average cost of food. On the other hand, the cashew nut, a major export crop for countries such as Ghana, has plunged in price by 63% between January and March this year as India and China have slashed imports. This has further deeply impacted the income of farmers and increases the risk of many farms going out of business.

The ongoing crisis is going to affect almost all countries of the continent, but we can say that it would affect differently. For example, a country like Kenya that has more diversified agricultural base would be impacted differently than that has a more specialized production structure or may be even of a monocrop structure as such economies are more dependent on imports; which is disrupted. Amidst the Corona crisis the loss of jobs and unemployment are creating inability to buy food, leading to hunger like situation in many of the affected countries.

It can also have an impact on the nutritional intake of the masses which would gradually accelerate the rate of malnutrition. Thus, there would be a disruption in the entire food supply chain and its demand, be it domestic or international. There would be adverse effect on the humanitarian assistance too because of this pandemic.

How the Continent is coping up with the CVC Situation?!

The Government continue to ramp up efforts to strengthen the pandemic. Guided by lessons learned from previous health crises, including the Ebola epidemic, the World Bank has responded to the pandemic by putting together a package of support for the public and private sector. The COVID-19 Response Facility will mobilize up to $10 billion to provide financial assistance to African countries fight the pandemic. The Bank has also raised a $3 billon COVID-19 bond, proceeds of which will go to address fiscal challenges, as well as emergency procurement of drugs, vaccinations, ventilators and other health-related expenditures, as well as feeding programs, agro- input subsidies and other socio-economic interventions.

Africa is coming up with its own solutions for these challenges, with the African Development Bank being prominently involved. To address the threat of food security, several short-term measures are being taken  as the possible solutions to the current situation:

·          Feeding programs for the worst affected and most vulnerable zones.” Medium to longer-term food security interventions include:

With sufficient controls and security measures, African countries could protect themselves from food shortages while still limiting the spread of Covid-19. To bounce back from the current pandemic, Africa must be self-sufficient and should definitely maintain adequate food reserves, avoid protectionist policies and also promote value chains that link domestic and international markets, so that it can gain from trading. As the Bank takes a key role in supporting African countries in the pandemic crisis in order to design and implement coordinated policy responses that is the need of the hour, it will further work with regional partners including the African Union and the United Nations Economic Commission for Africa, as well as international ones such as the World Bank, the Global Alliance for Improved Nutrition, World Trade Organization, the Food and Agriculture Organization, and other international partners. Global Coordination is another avenue, which should be encouraged. It is vivacious that the strategies and efforts put in place to tackle Covid-19 are implemented on a global rather than national scale; where action from development finance institutions (DFIs) and developed countries can help in protecting the most vulnerable/ affected countries.

9.       What impact will Covid-19 have on food security in Africa? published by: Simon Buchler