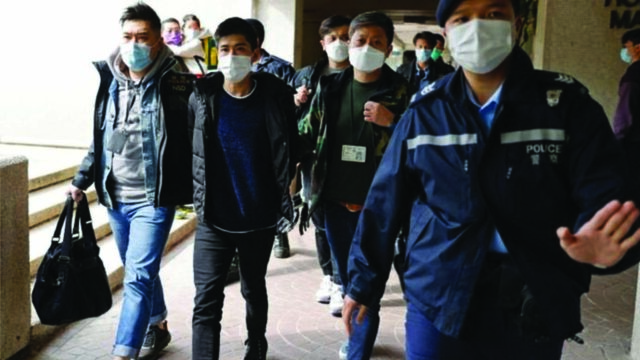 A total of 53 activists and politicians got arrested on Wednesday under the National Security Law and they were accused of subversion over the primaries that had to choose their candidates for the legislative elections that were eventually postponed.

The people who were arrested were aged between 23 and 64 in midst of raids that were conducted in the early morning which marks the biggest crackdown under the security law that was imposed by Beijing on June 30.

The people were arrested for subverting state power by organizing unofficial primaries while the others were arrested for participating in the event. A huge police force of 1000 policemen conducted raids which resulted in more arrests.

Secretary for Security Lee stated that those arrested had planned to cause serious damages to society and that the authorities would not tolerate any kind of subversive acts. The target for today is anybody who is suspected to be involved in any activities that involved the crime of overthrowing or interfering seriously to destroy the Hong Kong government’s legal execution of duties.

The Democratic Party which makes the city’s largest opposition parties stated that people were arrested for taking part in the candidate primaries. Those arrested include former legislators, district councilors, academics, student activists as well as the organizers of last year’s mass marches.