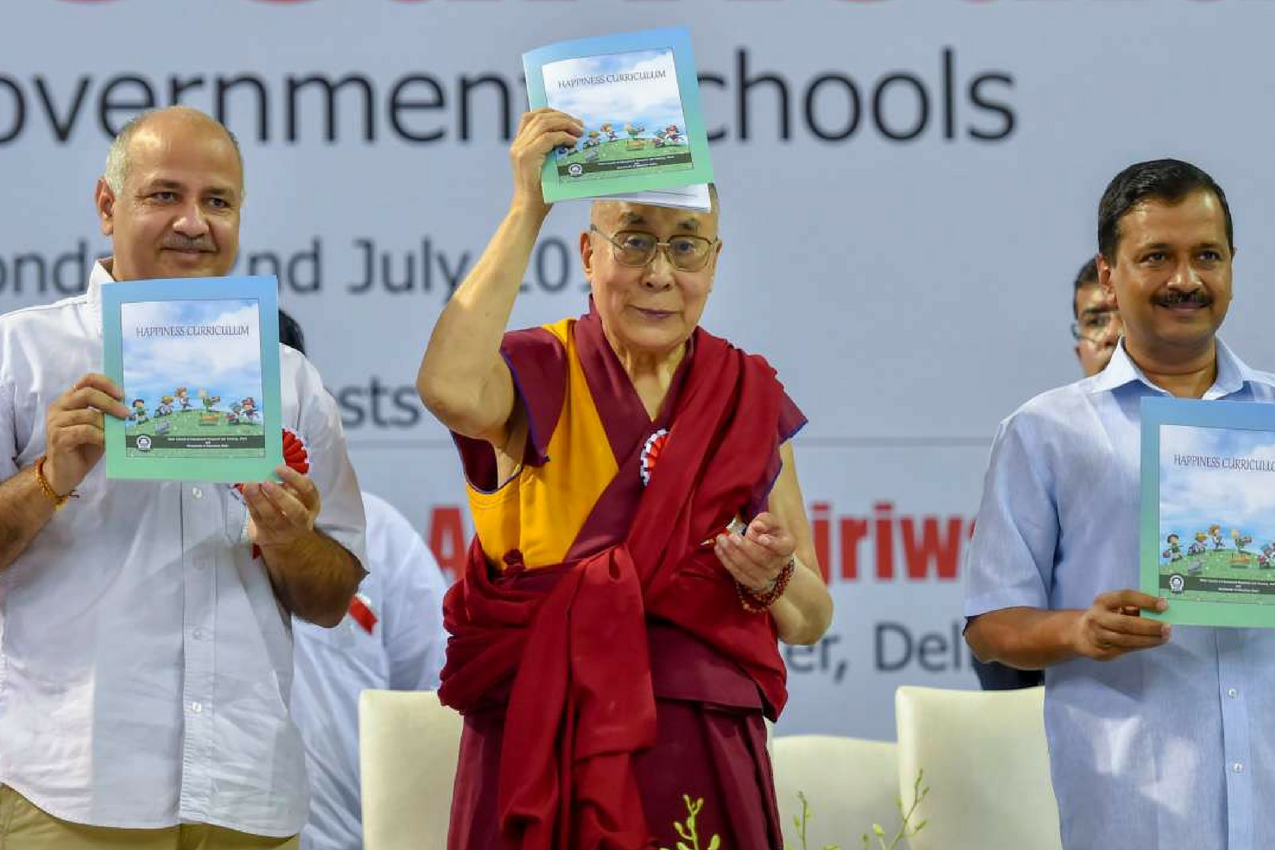 The Delhi government on Monday launched ‘Happiness Curriculum’ for its school students, with the Dalai Lama gracing the occasion and saying that India can lead the world by uniting the modern and ancient knowledge and help it overcome “negative emotions” of the mankind.

Launching the curriculum for students of nursery up to class 8, Delhi chief Minister Arvind Kejriwal termed the occasion “historical”.

Congratulating Delhi government for its initiative to include ‘Happiness curriculum’ in its schools, the Dalai Lama said “only India has the ability to combine modern education with ancient knowledge which is necessary for fulfilment of human emotions.”

He said such a combination will pave way for physical and mental well-being, solving troubles caused due to negative and destructive emotions like anger, hatred and jealousy.

The Dalai Lama called for revival of the ancient Indian knowledge in the country of its origin and its subsequent spread across the world including the countries following Buddhism.

“By reviving this ancient knowledge, India can become the modern Guru,” he said.

Addressing the gathering, Kejriwal termed the ‘Happiness curriculum’ launched today as the third stage of reforms in education sector initiated by his government after focusing on infrastructure development and motivation of teachers at the government schools.

“Education is our topmost priorities. The Centre and other state governments should give one year, focusing on education at a war footing,” he said.

The Chief Minister said that there was a need to “overhall” the present education system that has not been able to produce “good human being” and added that ‘Happiness Curriculum’ was a “solid step” towards this aim.

Deputy Chief Minister and in charge of Education department of Delhi government, Manish Sisodia, who conceived the curriculum, asserted that the experiment might one day spread across the country and the world as well.

He said that the curriculum will involve a ‘Happiness’ period of 45 minutes for all students studying in nursery up to class VIII at all the Delhi government schools. Each class will begin with a five minute meditation practice.

“The effect of this, involving 10 lakh students and around 50,000 teachers can be imagined. It is our belief that the modern day problems like terrorism, corruption and and pollution can be solved through schools and a human centric education,” Sisodia said.

The ‘Happiness Curriculum’ including meditation, value education, and mental exercises, was designed and prepared by a team of 40 Delhi government teachers, educators and volunteers over a period of six months, he said.

(This story has been published as was first published by PTI, without modifications to the text. Only the headline has been changed.)

INTELLECTUAL AND EDUCATIONAL INTERACTION BETWEEN INDIA AND SAUDI ARABIA