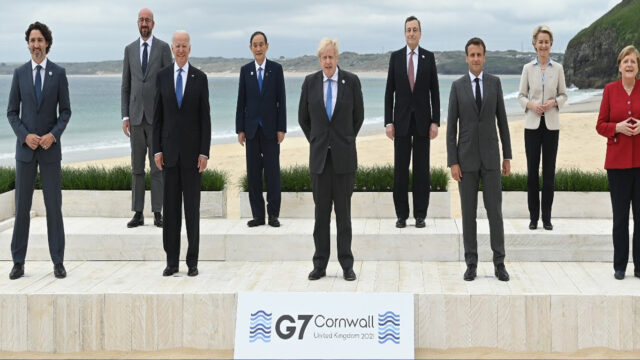 The G7 Summit hosted by the United Kingdom has been one of the highlights of this year. There has been excitement about the prospective output of the summit with respect to economy, environment and political implications. One of the key take aways from the summit will be the Carbis Bay Declaration that is an important document signed by leaders which is a cooperative plan to prepare for any future pandemics. It is a big step towards acknowledging ass well as devise a method to ensure that the countries can respond much more promptly.

The countries have come together to set out a series of commitments in order to prevent the huge economic and human losses that the world has seen during the COVID 19. The members include United Kingdom, United States, Canada, France, Germany, Italy and Japan. The leaders are expected to meet counterparts from South Korea, South Africa, India, Australia and several other leaders from different international organisations to discuss the COVID 19 in detail. The deliberation will include focus on causes as well as prospective efforts that will be taken by all.

The main essence of the cooperative stand taken is primarily to work on easy access for more countries for vaccines being developed, develop vaccines , treatments and diagnostics for any further diseases in future. The different nations also resolved to establish a network of global surveillance and strengthen the World Health Organisation (WHO). There is also an idea to enforce a genome sequencing capacity. All the mentioned aspects will be incorporated to establish an Independent Panel for Preparedness and Response.

The Director of WHO, Dr Tedros Adhanom welcomed the proposals and encouraged the idea of a Global Pandemic Radar initiated by the UK. He spoke of collaborative scientific response to the current pandemic to help in understanding a way out of the situations in all parts of the world. The belief that “no one is safe till everyone is safe” hold true for the current pandemic. Thus, the agreement between the G7 countries is definitely a much needed initiative. Since the members together make up for almost two-thirds of the whole pharmaceutical market and are also home to the four major vaccines being circulated, the efforts will bring out a major difference.

The Communique published by the White House of the United States mentioned how the countries will prepare for any future pandemics, advance economic recovery, promote technological advancement for global well being, support green revolution to create jobs as well potent the planet, strengthen the partnership to increase support to vulnerable countries as well as for building a better world altogether and aid the shared values like democracy, freedom, human rights , equality and education.

Among other decisions taken by the G7, the international cooperation treaty towards promotion of global health is a sign of the shared understanding that the members have reached. The pandemic has shaken the world and the responsibility displayed by the leaders is worth appreciation. The hope is that all countries will come together to work on similar lines despite mutual differences.