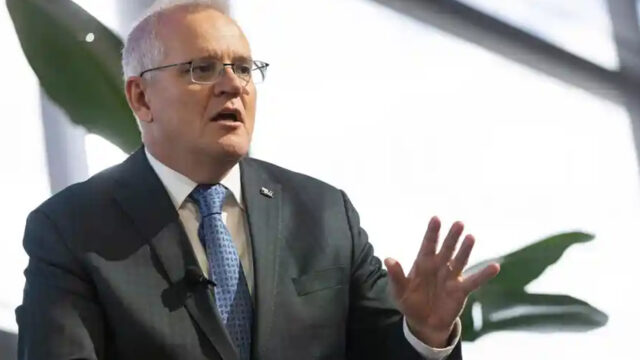 Australian Prime Minister Scott Morrison arrived in the United Kingdom (UK) today for the G7 Summit . Amongst others, there are two important aspects for Melbourne in the visit. One has been the announcement of the trade deal between Australia and UK. Secondly, there has been much discussion about Australia’s limited commitments to climate change initiatives. The latter issue is expected to be kept under low profile. With regard to a Free Trade Deal, the UK and Australia reached a consensus on 23rd April 2021 about the major elements. However, there have been concerns about a few nuances of the deal. The British farmers and traders have shown a conservative approach about the deal and Australia was seemingly losing patience. Dan Tehan, the Trade Minister of Australia was quoted saying that while efforts were being taken to reach a decision, Australia will step back in case its national interest was not upheld. The two sides have been trying to reach a deal beneficial to both.

Relevance of the Australian Presence at G7 meet

The Prime Ministers of both countries are due to meet next week and a formal announcement is expected at that time. Thus, there is an urgency to reach a decision before that.

The farmers of the UK have been raising their voices against the granting of free access to Australia for British market. Representatives from both the countries have been trying to find solutions to the grievances of the British farmers. There is a basic difference between the two countries in terms of animal breeding in terms of volumes and conditions. Thus, UK fears losses will come its way due to high maintenance followed in the country with regard to animals. The other opinion was shared by the British Chief of Royal Society for Prevention of Cruelty to Animals who stated that such a deal will “water down” the welfare standards of animals in the midst of competitive spirit. Scotland’s food and drinks sector has come out with a letter criticising this deal and refraining from being a part of it. Representatives from 14 companies in Scotland wrote a letter to Britain’s Trade Secretary Liz Truss and called the deal being rushed up. The appreciated the efforts being taken by the UK to experiment with new potential markets after Brexit but emphasised that trade deals were too complicated and the markets were sensitive. Thus, a deal like this needs proper consideration with all aspects in mind.

Australia had stated that the farmers of the UK will not face losses due to the special clauses and policies that will be incorporated. Despite the efforts, the agreement is still stuck mid-way.

The idea of a free trade agreement between the two countries holds relevance for economic as well as political reasons. The two main points of contention are the ability to move around for labour and the access to agricultural markets.  Australian Trade Minister Dan Tehan and his British counterpart Liz Truss confirmed that they have been in talks daily to “dot the i’s and cross the t’s”.

The strong statement by the Australian Trade Minister with regard to opting out of the deal indicates the dearth of patience. It is a depiction of the strong stand that Australia has taken in its own interests. If the deal comes through despite this, it will be a big success for the UK especially after the challenges it is facing on multiple fronts. This deal will be a big step towards the same but the inertia comes from a recent Post Brexit fear among the farmers. The UK has been aiming for a fast economic recovery and this deal will be a major step towards the same.

Despite the hinderances, Simon Birmingham the former Australian Finance Minister stated that the deal was almost final and it was important for Australia too for access to other markets. Prince Charles of UK recently emphasised on the need to address “borderless crises” like the pandemic and the climate change. But during the meet between the UK and Australia, there is no reference to climate change expected. Australia will be committing to the goal of vaccinating the world, an initiative led by British Prime Minister Boris Johnson. But majorly, the focus is on the deal between the two countries that will square the circle and appease both the sides.