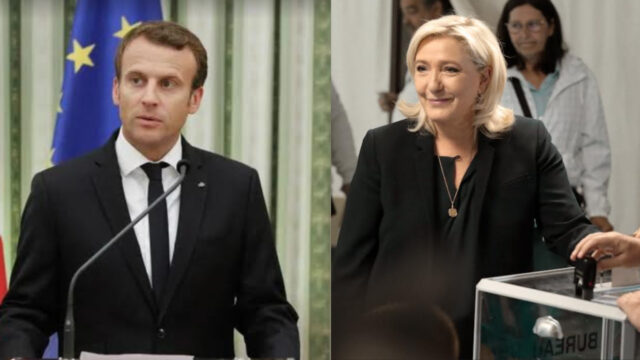 The re-elected French President, Emmanuel Macron’s ‘Together’ alliance lost its majority in the French parliament after winning only 245 seats out of the 577-member chamber in elections, according to the complete results published by France’s interior ministry early Monday. This means that Macron’s alliance is short of the 289 seats needed to form an overall majority in the French Parliament. The left-wing coalition, NUPES won 135 seats and the far-right National Rally won 89 seats, according to an AFP count based on the results published by the ministry.

This defeat comes after significant election gains by a newly formed far-right and left-wing alliance in a stunning blow to Macron’s plans for significant second-term reform.

Government spokeswoman, Olivia Gregoire told BFM television “Of course, it’s a first place that is disappointing, we’re lower than we would have hoped.”

This recent outcome has tarnished Macron’s April presidential election victory when he defeated the far-right to be the first French president to win a second term. The new left-wing coalition NUPES under Jean-Luc Melenchon was on course to win 149-200 seats, according to expectations.

The coalition which was formed in May has brought together Socialists, the hard left, Communists and the Greens. Far-right leader Marine Le Pen’s National Rally party was also on track for big gains after having only eight seats in the outgoing parliament.

Dominique Rousseau, a professor of law at Paris Pantheon-Sorbonne University said, “This will complicate the reforms… It will be much more difficult to govern.”

Melenchon called Sunday’s results “above all an electoral failure” for Macron. “The rout of the presidential party is total and there will be no majority,” in parliament, he told the cheering supporters in Paris.

Economy Minister Bruno Le Maire admitted that “a lot of imagination would be needed” from the ruling party in an “unprecedented situation”.

However, it was a disappointing evening for Macron, who had last week called on voters for a “solid majority”, adding “nothing would be worse than adding French disorder to the world disorder”.

In another blow faced by Macron’s coalition, his key ministers who were standing for election were set to lose their jobs if they failed to win seats in the parliament. Health Minister Brigitte Bourguignon was defeated by the far-right in the fight for her seat, while Maritime Minister Justine Benin lost her seat in the French Caribbean. France’s Europe Minister Clement Beaune and Environment Minister Amelie de Montchalin are facing tough challenges in their constituencies, with both, all set to exit the government, if defeated. Parliament speaker Richard Ferrand and former Interior Minister Christophe Castaner, Macron’s two close allies, acknowledged defeat in the battle for their seats.

The ruling party’s election campaign for the second round appears to be overshadowed by growing concern over the rising costs and the new Prime Minister Elisabeth Borne too, failed to make a positive impact. Prime Minister Elisabeth Borne said that the situation was unprecedented and that it represents a risk for their country. She said, “We will work as of tomorrow to build a working majority.”

Acknowledging her newly gained victory, Marine Le Pen tweeted, “This victory is that of the French people. Tonight, they have taken their destiny into their own hands by making Emmanuel Macron a minority president. This victory is yours!”