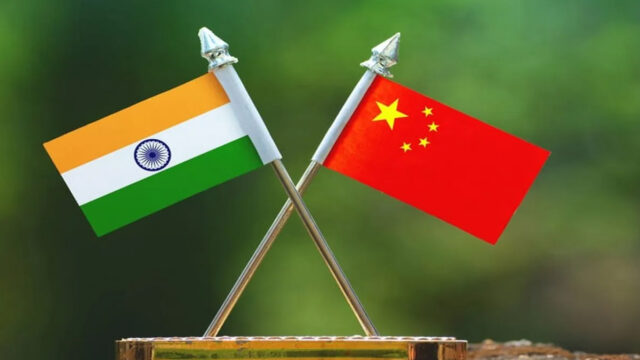 India and China agreed to establish a hotline during a phone call between India’s External Affairs Minister Dr. S Jaishankar and Foreign Minister of China, Mr. Wang Yi on February 25.

The press release from India’s Ministry of External Affairs stated the phone call lasted 75 minutes and both ministers discussed “the situation along the LAC in Eastern Ladakh and also issues related to overall India-China relations,” and agreed to “remain in touch and establish a hotline.” The statement from China’s Ministry of Foreign Affairs said the ministers agreed to establish a hotline for “timely communication and exchange of views.”

This development comes days after India and China recently agreed to a “phased disengagement” along the North and South bank of Pangong Tso lake after continued tensions along the Line of Actual Control (LAC) since May 2020. In Thursday’s call with Mr. Wang Yi, Dr Jaishankar emphasized that both countries should resolve the remaining border issues as soon as possible.

“Both sides should now quickly resolve the remaining issues along the LAC in Eastern Ladakh,” said Dr. Jaishankar.

In a statement released by Foreign Ministry of China Mr. Wang Yi said, “what had led to the situation last year at the China-India boundary was clear” and “lessons from the past deserve deep contemplation.” The statement indicates what China considers “wavering and backpedaling in India’s China policy.” He considered the disengagement of troops an “important step forward for restoration of peace and tranquility in border areas.”

China has emphasised that India-China relations are much more than the border issues and these issues should not hinder the bilateral relations. He urged both countries to “work together for shared progress rather than erecting walls against each other.”

“While that the two countries have boundary disputes is an objective fact, which should be taken seriously, it is not the whole of China-India relations, and it should be put at a proper place in the overall bilateral relations,” said Mr. Wang Yi in the statement.

However, India has stressed on resolving the border issues first to normalise bilateral relations. Dr. Jaishankar said that it is necessary to disengage at “all friction points” to contemplate de-escalation of forces in this sector and a necessary condition for “restoration of peace and tranquility” in bilateral relations.

“It was necessary to disengage at all friction points in order to contemplate de-escalation of forces in this sector. That alone will lead to the restoration of peace and tranquility and provide conditions for progress of our bilateral relationship,” said Dr Jaishankar. (emphasis added)

Mr. Wang Yi said that both India and China are at a “crucial, historical stage of development and rejuvenation” and negative bilateral relations would be harmful for both sides.

Dr Jaishankar and Mr. Wang Yi had met in Moscow in September 2020 on the sidelines of Shanghai Cooperation Organisation (SCO) conclave. They had reached a five point agreement to ease tensions between the two countries which included measures to “expedite work to conclude new Confidence Building Measures to maintain and enhance peace and tranquility.” Current diplomatic and military talks are in continuation of the spirit of Moscow agreement between the two ministers.