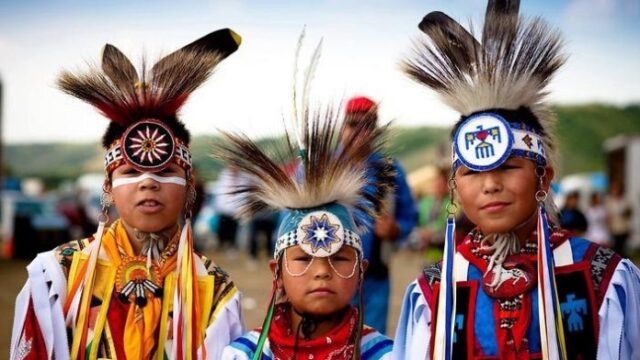 The term Indigenous peoples (or Aboriginal peoples) refer to First Nations peoples. These are the original inhabitants of the land that is now Canada. In the 2016 census by Statistics Canada, over 1.6 million people in Canada identified as Indigenous, making up 4.9 per cent of the national population.

There are three categories of Indigenous peoples in Canada: Inuit, Métis and First Nations. The Inuit primarily inhabit the northern regions of Canada. Métis peoples are of mixed European and Indigenous ancestry whereas the first nation people live which is now known as Canada. The Indian Act further divides these people into two categories.

Indigenous peoples have been in Canada since time immemorial. They formed complex social, political, economic and cultural systems before Europeans came to North America.

But with due course of time and changes in the Governance have led to serious problems for these people, combined with racism, acts of segregation, loss of land, and declining or unequal access to food resources and public services, have had devastating consequences on the health and socio-economic well-being of Indigenous peoples.

Why in the news recently?

There have been various reports by the Truth and Reconciliation Commission of Canada (TRC), a commission by the Canadian Government to address the wrong doing that happened against these children about the finding of these graves.

In June 2021, there were reports of finding of 751 unmarked graves at the former Marieval Indian Residential School. Although it’s still unclear what was the reason of these deaths yet it has led to wide spread of grief among the people. Later, on 30 June another 182 sets of human remains were found in former St. Eugene’s Mission School in the community of Agam. According to the National Centre for Truth and Reconciliation (NCTRC), this is the largest graves connected to a residential schools discovered till now.

What are residential schools?

The residential schools were run by the Canadian government, the department of Indian Affairs and churches, including the Roman Catholic Church at various points in their histories.

Indigenous children in both Canada and the United States were taken from their families and sent to boarding schools. In a 2015 report, the NCTR said there had been 150,000 First Nation, Métis and Inuit students in the residential school system. According to many reports, many students were beaten and abused for speaking their language or practicing Indigenous traditions. Also, there have been reports of physical and sexual abuse, neglect, and illness.

What has been done?

In 2015, the TRC issued 94 calls to action, including six recommendations regarding missing children and burial grounds. Prime Minister Trudeau promised to “fully implement” all of them.

The whole Nation especially the Indigenous people are in shock and grief over these graves. As per reports the ages of these go to even 3 years of age. As many researchers named these happenings as the “Cultural genocide” they further have mentioned that the horror has yet not finished for the people as with time more graves will be discovered.