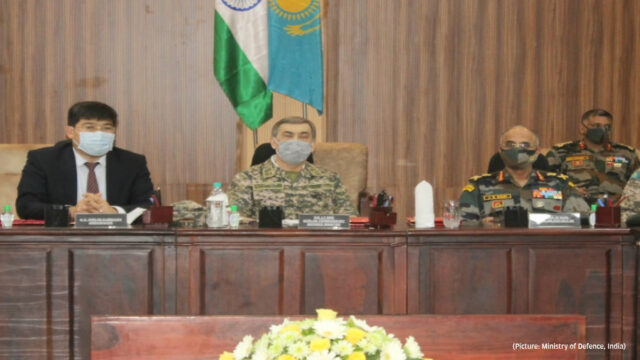 The Army Commander during his interaction with the Kazakhstan’s delegation said that “India and Kazakhstan hold a special partnership which is based on trust, confidence and mutual understanding. Both the countries share a common vision on issues affecting peace and stability in the world.”

Mr Yermekbayev will hold a bilateral meeting with India’s Defence Minister Shri Rajnath Singh in New Delhi on April 09, 2021. The two Ministers had last met in Moscow on September 05, 2020 on the sidelines of Shanghai Cooperation Organisation (SCO) Defence Ministers’ meeting.The visit of Mr Yermekbayev is expected to foster greater military to military contact and cooperation between Kazakhstan and India. Both India and Kazakhastan share common goal of actively combating the threat of global terrorism and maintaing peace.