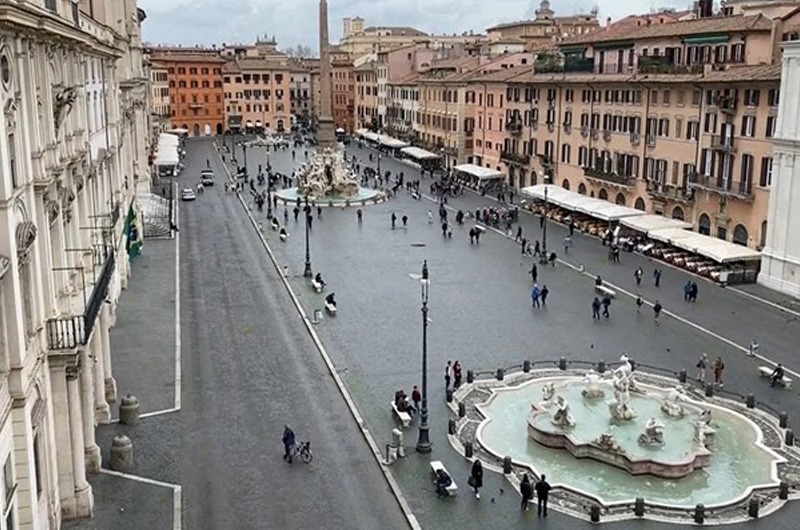 Many Europe countries began lifting the lockdown restrictions steadily from May 4, even as they continue to advocate the practice of social distancing, masks and rapid testing. As the global death toll due to the coronavirus pandemic crossed 2,50,000, Italy recorded a decline in the number of deaths per day, 174 on May 3, therefore, relaxing the restrictions put in place since early March. Spain recorded 164 fatalities, the lowest in more than six weeks whereas France reported 135 deaths, the lowest since March 22.

More than 4.4 million Italians went back to work on May 4 after nearly two months of extraordinary restrictions, ending Europe’s longest lockdown. “Phase two” in Italy started on May 4 as industrial activities, building sites and wholesale trade resume to normalcy. Parks have also been opened for recreational activities and people are now allowed to visit members. However, public gatherings remain banned and people are required to wear masks in public transports and indoor public spaces. Bar, restaurants and hair salons will reopen from June 1, provided the rate of infections continue to decrease. Schools are scheduled to reopen in September. Prime Minister Giuseppe Conte said that this phase is about “co-existing with the virus”.

Several other European countries also relaxed their lockdowns on May 4. Germany partially reopened businesses, hair salons, and schools as it recorded 76 new deaths on May 3, lowest since March 31. Hungary, Slovenia and Portugal joined in by allowing some public areas including parks and businesses to reopen. Greece allowed barbershops, bookstores and stationery shops to reopen, though they have to follow the social distancing and hygiene norms. Public transports in several European countries are still under restrictions and subject to random checks by the authorities as passengers are required to wear surgical masks.

According to Johns Hopkins University, worldwide confirmed coronavirus cases stand at 3,596,142 with 2,51,595 deaths. Extraordinary measures, in the form of lockdowns and national emergencies, have been taken to restrict movements and contain the spread of the virus which has affected the economies of the countries in Europe and around the world.