New Delhi: At around 1.25 am on January 11, Lal Bahadur Shastri woke up, coughing severely. PM Shastri was staying in a villa in the Central Asian city of Tashkent, Uzbekistan and had just signed the Tashkent Declaration a few hours before.

As the room he was staying in had no intercom facility or phone he walked out to another room to tell his staff to inform his personal doctor RN Chugh. By the time Dr. Chugh arrived, Shastri was dying. The symptoms were of a heart attack.

When his body was flown back to India, blood marks were found on his mouth, nostrils, and chest. Had he died of a heart attack, which was the official cause of death, where would the blood come from? 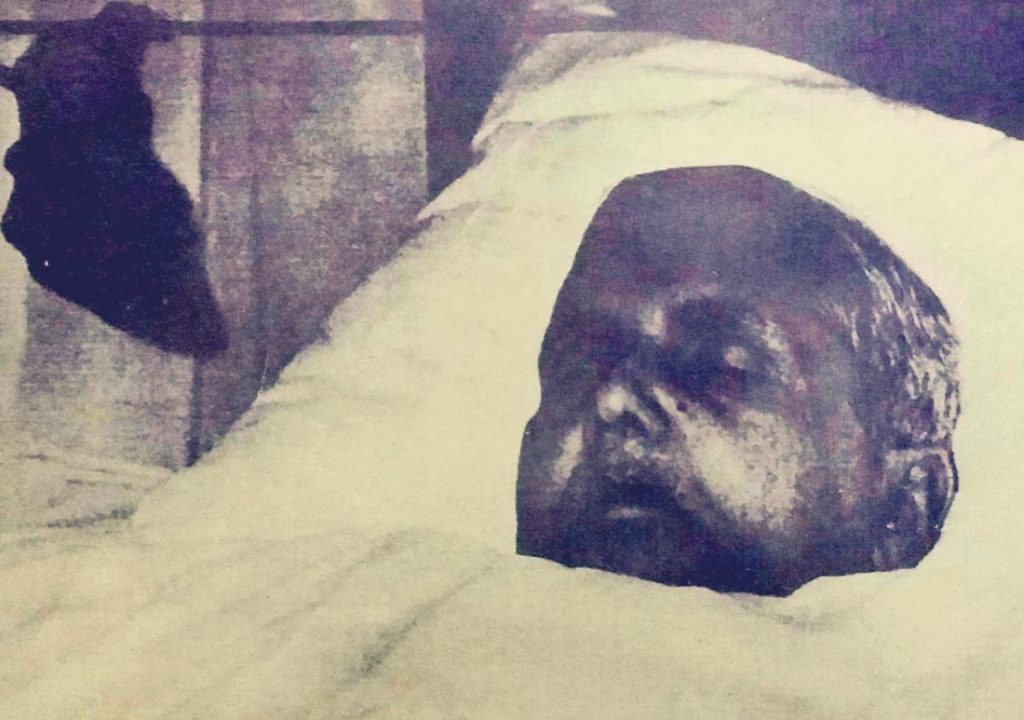 The only sure-shot way to find out whether or not Shastriji was poisoned was to carry out a post-mortem on his body. The family demanded it. But the demand was never accepted.

Lal Bahadur Shastri was the second Prime Minister of independent India and took oath after the sudden demise of Jawaharlal Nehru. Relatively new to the high office, he successfully led the country in times of peace and war. He initiated landmark programs like Green Revolution and promoted White Revolution which transformed India from a food deficit country to a food surplus one.

The masses saw in him a leader who was willing to sacrifice everything and lead the country from the front in times of crisis. He inspired the public to collective action to tackle a crippling food shortage in the 1960s only after he was sure that his own family could survive without a meal a day.

During the 22-day war with Pakistan in 1965, on 19 October 1965, Shastri gave the seminal ‘Jai Jawan Jai Kishan’ (Hail the soldier, Hail the farmer) slogan at Urwa in Allahabad that became a national slogan.

Though he was a socialist, he stated that India cannot have a regimented type of economy.

Shastri was no Nehru as both of them had different ways of looking at things. While Nehru was a modernist, he was a staunch traditionalist. Nehru had once called him half civilized because Shastri would frequently appear on dhoti-kurta.

However, Nehru also liked and appreciated Shastri’s integrity. Nehru had once said, “No one could wish for a better comrade than Lal Bahadur, a man of the highest integrity and devoted to ideas”.

Although he remains a prime minister who died in office serving for one of the shortest spans of just about 18 months, there are still many things to his credit.

Shastri’s sudden death immediately after signing the Tashkent Pact with Pakistan raised many suspicions. According to his wife, Lalita Devi, he was poisoned. The media circulated a possible conspiracy theory hinting at the involvement of CIA in the death of Shastri. 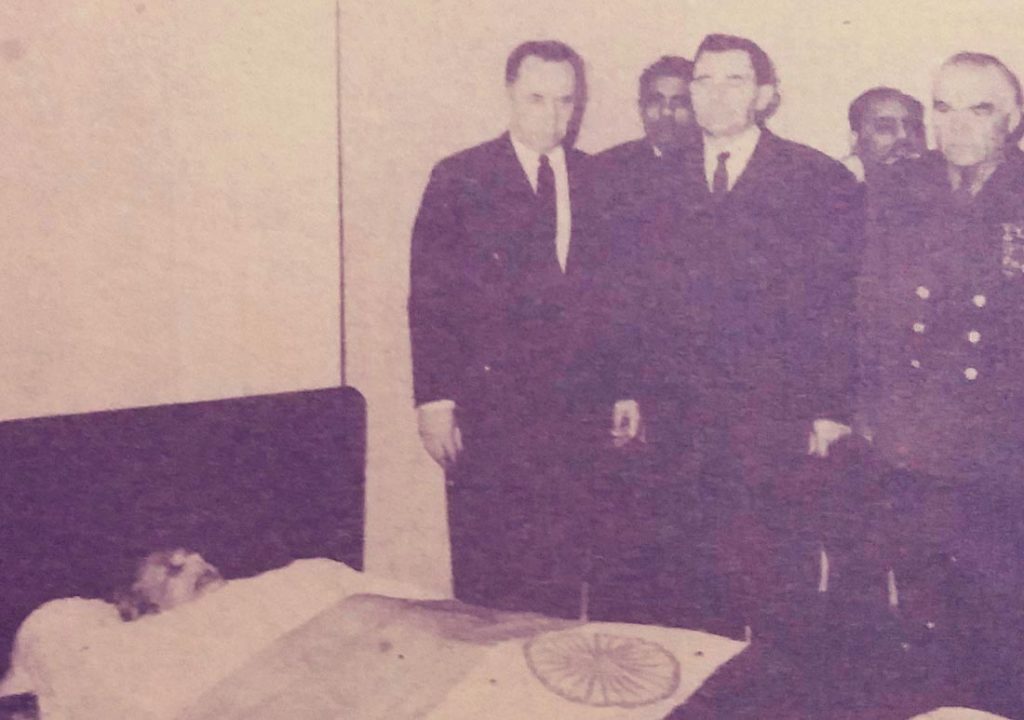 CIA agent Robert Crowley in an interview to a journalist Gregory Douglas, confirmed that the death of Lal Bahadur Shastri and even Dr. Homi Bhabha (father of Nuclear Science in India) was the work of the CIA.

The world was already divided into blocs (Capitalist\Communist) due to the Cold War and the Americans knew that the rise of “Nuclear India” would seriously alter the power balance of the region. New Delhi had not received any support from the Americans and the British during the 1965 war and this allowed the Russians to fill up the vacuum created by the West. India’s dependency on the Soviet technology and weapons increased significantly after the war. Shastri had given the green light for nuclear tests and the US seemed threatened by India’s ability to go nuclear and also of Indo-Russian dominance in the region. This explosive interview was published in a book titled, Conversations with the Crow.

There were two witnesses the night Shastri died and they were scheduled to appear in front of the parliamentary body in 1977. Both Shastri’s Doctor RN Chugh and his personal assistant Ram Nath were hit by moving vehicles as they were proceeding to inquiry committee hearings in 1977. R.N. Chugh died and Ram Nath lost his memory.

The nation deserves to know why the government is holding the paper about PM Shastri’s death back. All records of the post-emergency Raj Narain inquiry committee report have vanished and there is not a trace even in Parliament’s library.

Regardless of the conclusion, it does raise questions as to why no post-mortem was conducted, why there were cut marks on Shastri’s stomach and back of the neck and why the official “inconclusive” Raj Narain report has been missing, suppressed or destroyed.

Various RTI applications over the years have sought information both on what documentation is available on the matter and if they can be declassified. In 2009, the PMO had replied that it had only one document relating to Shastri’s death but refused to declassify it claiming that this could lead to harming of foreign relations, cause disruption in the country and cause a breach of parliamentary privileges.

The RTI query posted by author Anuj Dhar was also declined by the Prime Minister Office citing a possible souring of diplomatic relations with the US.

Indian citizens and the Shastri family deserve to know the truth behind this unexplained death of the acting Prime Minister of the land and the government should provide the answers for everything that happened on the fateful night of January 11, 1966, the day Shastri died.

COVID-19 impact on Hunger: How can we help as an individual?

Behind Red China’s Attempted Incursions and Belligerency at LAC: The ‘K’ Factor

An Assessment of Russia – Belarus Relations