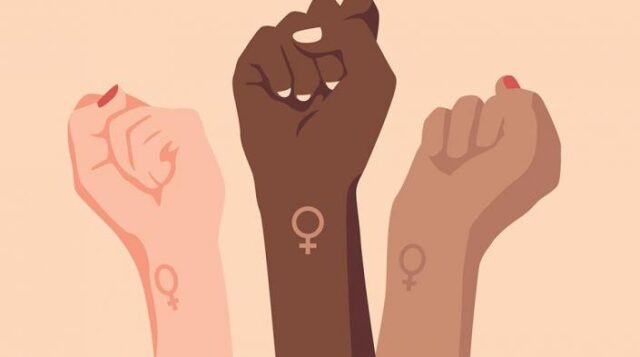 Women can reach the moon but the society will never change for them.

Women have always been the most vulnerable section of society in any age, time, place, and society. Whether it was due to the lack of opportunities and health facilities, the low status of women became a vicious circle that needed to be broken to enhance the development. For ages, women have been the victims of humiliation, torture, exploitation, and violence. Pakistan’s gender-based violence is not something new to society.

Pakistan’s problem with violence against women is growing and the Government has failed to protect women against this gender-based violence. They have witnessed several cases of violence in July casting light on the worsening condition of women in the country. Pakistan has a high rate of gender-based violence, which has been blamed on several factors, including lack of education, lack of awareness, poverty, and rampant misogyny in the country. However, the recent surge in crime against women also points a finger at the state for its inability to protect women.

Cases of gender-based violence go unreported in Pakistan and there is no way to estimate the data for the above.  However, the few cases that make it to social media are a representation of the state of affairs of women rights in the country. The list of women facing violence, being killed and raped, is unending and tragic.

Pakistan has been ranked 153rd out of 156 nations on the Global Gender Gap 2021 index by the World Economic Forum. In the South Asian region, it ranks seventh among the eight countries, with Afghanistan ranking the lowest. According to the few reports, “progress has stagnated,” thus increasing the estimated time to close the gender gap to 136.5 years. Further, the Human Rights Commission Pakistan (HRCP) has registered a rise in domestic and online violence, indicating the increased vulnerability of women during the pandemic. The HRCP has further recorded 430 cases of honour killing in 2020, involving 363 female victims. The Punjab Police have registered 53 cases of gang rape in the first four months of 2021 in one province alone.

The women especially from lower class backgrounds even after years of fighting have been failed by the judicial system with no solid or proper results. The lack of justice to these victims has also led them to not report these to the authorities. The cases of ‘honour killing’ have also increased in the country and the lack of strict rules and laws has only made the situation worst, protecting the assailant. A case like the murder of Qandeel Baloch in 2016 has only reflected the weakness in their system. Also, the negative comments of the authorities have pushed the situation into further darkness. Pakistani Prime Minister, Imran Khan has been criticised for his comments against the victims stating that the women’s increase obscenity and less clothing being the reason for the increase of sexual violence against them. Comments like these also showcase the victims that they will be denied justice and not taken seriously, leading them to either not report the case or continue being a victim.

There is a need to raise a voice against the danger of harmful traditions and also to educate both men and women against the practice of these. Also, there is a huge need for the promotion of women’s education which will help them to fight against this violence. But this situation can be only handled if the authorities and law of the country are strict enough to help them. So, there is an urgent need for authorities to take strict actions against the violence and stable the situation in the country.