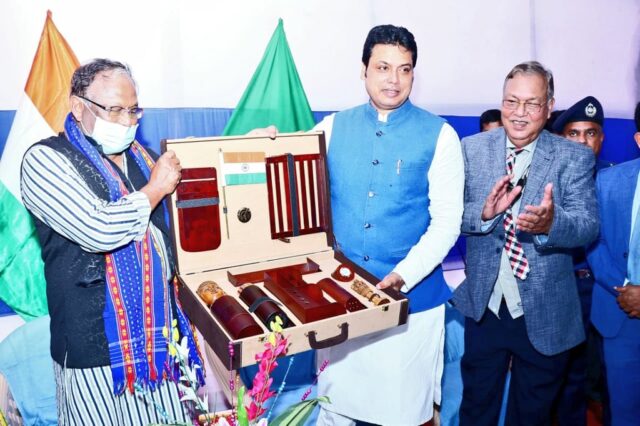 The Commerce Minister Tipu Munshi of Bangladesh will be visiting Mizoram on 22 April to assess how the proposed border trade projects are working.

During the minister’s visit, he will go on a joint inspection with the Commerce and Industry Minister of Mizoram R Lalthangliana. They will visit the proposed integrated check post in Lunglei district and a border haat in Mamit district. This announcement was made by official sources.

According to the Mizo minister, the Bangladeshi government has initiated several steps at the proposed sites to ease the movement of goods and services between Mizoram and Bangladesh.

The north-eastern state of India shares a 318-km long international border with Bangladesh.

Post the meetings, Munshi will travel to Kolkata on April 25. Munshi will be staying in Mizoram for three days.

According to the Mizo commerce minister he had invited the Bangladeshi minister for a joint inspection of the project sites. This was proposed to the Mizoram minister who was visiting Bangladesh in March 2021.

The Bangladeshi minister was expected to take a tour of the state in May 2021, but due to the Covid-19 pandemic, his visit was delayed.

Lalthangliana also added that the two leaders would also visit the proposed Integrated Check Post (ICP) at Kawrpuichhuah in south Mizoram’s Lunglei district and a border haat at Silsuri village in western Mizoram’s Mamti district on a joint inspection on April 23.

As shared by an official source, a Detailed Project Report (DPR) for the entire project of the proposed ICP at Kawrpuichhuah has already been approved by the Land Port Authority of India. As per the plan, there would be four border haats that would be set up along the Mizoram-Bangladesh border. Out of which three would be in Mamit district and one in Lunglei district.

According to official sources, the proposed border haat at Silsuri is a pilot project.

The Bangladeshi minister was in Tripura in February this year. There the leader laid the foundation stone for Kamalpur (India) – Kurmaghat (in Moulvibazar district of Bangladesh) “Border Haat” in eastern Tripura.