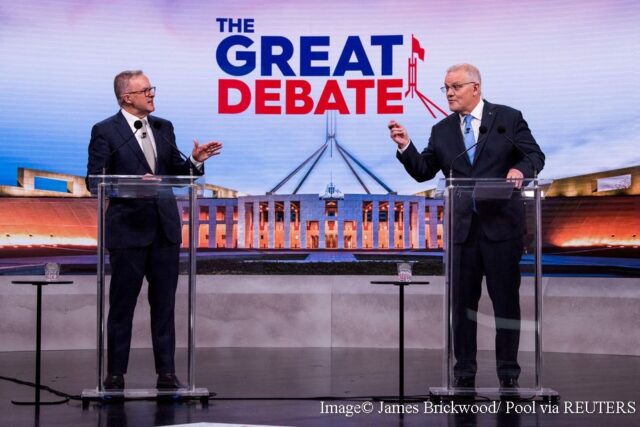 On Monday, early voting began in Australia for the country’s federal election. This is two weeks before of the actual Election Day. Voters began casting their votes at the selected 550 voting stations around the country as two new opinion polls showed the centre-left Labor Party opposition had extended its lead over Prime Minister Scott Morrison’s Conservative coalition.

The Australian Electoral Commission (AEC) is the official electoral service in Australia responsible for providing the Australian people with an independent electoral service which meets their needs. Voting is mandatory in Australia and the AEC is looking forward to it. Almost 17 million adults in a population of 26 million people are expected to vote this time. Pre-poll voting is available to those unable to vote on May 21 for reasons including work or travel. It is expected that people who are conscious of the dangers of COVID-19 will vote early to avoid the larger crowd gatherings at polling booths on May 21.

It has been reported that the leader of the opposition party, Anthony Albanese said the government lawmakers and officials were discouraging electors from voting early in the hope that Labor’s lead would vanish before Election Day. Albanese said, “The bells are tolling for the Morrison government because early voting starts today, we want people to participate in our democracy and to vote whenever is convenient.” While the current Prime Minister Scott Morrison has said that many voters are still yet to decide which candidate they will support. “As Australians are going to those polls, they’re really starting to focus on the choice that they have to make and it’s a choice between strength, a strong economy and a weaker one under Labor,” Morrison said.

Morrison’s rating as the country’s preferred leader came at a percentage point to 44%, a survey showed, leaving him narrowly in front of leader of the opposition, Anthony Albanese whose rating rose 3 points to 42%. The Australian newspaper conducted a survey surrounding a campaign dominated by cost-of-living pressure, national security and climate change for the upcoming elections. This survey showed that the Labor Party was leading with 54%-46% on a two-party preferred basis against the Morrison-led Liberal Party-National Party coalition government.

Several seats which were held by Morrison’s Liberal Party are now being targeted by the teal candidates. Teal candidates are independent candidates, often seen as a combination of the Liberal Party’s official colour, which is blue, and the colour of the Australian Greens party.

The teal candidates are expected to win the support of voters who are dissatisfied with the current government’s climate change policies. Both the government and opposition have set a target of net-zero carbon gas emissions by 2050. This can be an outcome of the criticism Morrison’s government faced at the UN climate conference in Glasgow, Scotland, in November last year for failing to set more ambitious targets for the end of the decade. Morrison’s opposition, meanwhile, the Labor Party has promised to reduce emissions by 43% by 2030.

Apart from this, it is significant to note that advanced voting has gained popularity in Australia recently. About 40% of the electorate voted either early or by post in the last national election.