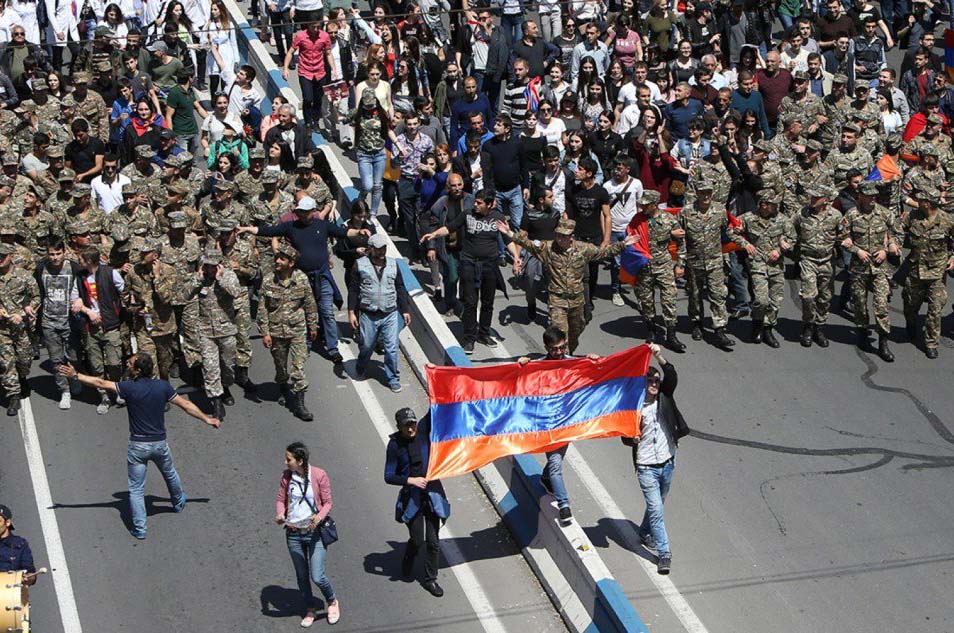 New Delhi: Armenia will get a new prime minister next week after nearly two weeks of street protests, with opposition leader Nikol Pashinyan, who has led the demonstrations, shaping up as the favorite.

The demonstrations, driven by public anger over perceived political cronyism and corruption, looked to have peaked on Monday when Serzh Sarksyan quit as prime minister.

But demonstrators have made clear they view the whole system tainted by his drive to shift power to the premier from the president. They want a sweeping political reconfiguration before ending their protests, which continued on Thursday.

“We will have a people’s prime minister and after the election a people’s government and parliament,” said Anna Agababyan, a 38-year-old teacher who was protesting in Yerevan, the capital, on Thursday, holding a small national flag.

Armen Sarkissian, the president, on Thursday hailed what he called “a new page” in Armenia’s history and called on lawmakers to help forge a new country while respecting the existing constitution.

Although the demonstrations have been peaceful, the upheaval has threatened to destabilize Armenia, an ally of Russia, in a volatile region riven by its decades-long, low-level conflict with neighboring Azerbaijan.

They agreed that political forces must show restraint and solve the crisis through dialogue, the Kremlin said.

Protest leader Pashinyan said on Wednesday he had received assurances from Russian officials that Moscow would not intervene in the crisis, and Armenian Foreign Minister Edward Nalbandian was in Moscow on Thursday for talks.