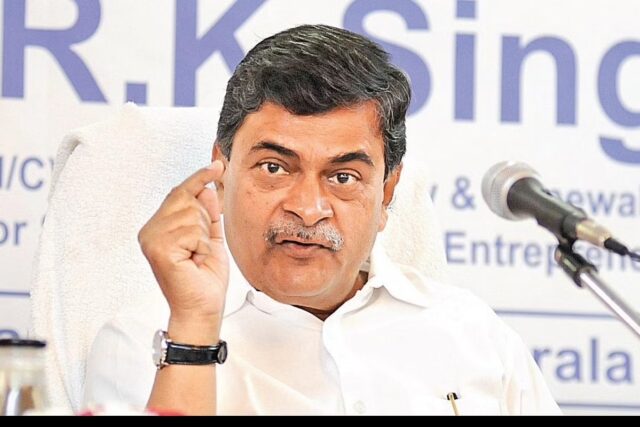 The country has achieved the capacity to be a power surplus nation by binding the entire country into one grid and strengthening the distribution system. As a result of that, the power availability will be 22 hours in rural areas and 23.5 hours in urban areas. The government has also confirmed that a total of over four lakh megawatts of electricity capacity has been installed. The next goal is to have 24*7 availability of power supply at affordable prices.

Concerns of the Union Government

The Union Minister, Raj Kumar Singh, has requested the states to be financially feasible concerning the mounting outstanding dues of power generation companies. This will attract investments in the power sector while also benefiting consumers through lower electricity prices and improved customer service. The suggestion was made during a review meeting that was chaired by R. K. Singh along with the Additional Chief Secretaries and Principle Secretaries of Power and Energy Departments of states and UTs and CMDs/MDs of power sector CPSUs here.

A Subject of Increasing Overdue

The concern over the increasing overdue of power generation firms (gencos) was also dwelt upon, and the distribution companies (discoms) were advised to immediately undertake loss reduction measures via proper metering, billing, and energy accounting. The respective state governments announced the proper accounting of subsidies and payments to discoms was required to be ensured. It was also recapitulated that the advanced financial sustainability of the discoms will not only attract power sector investments as a whole but will be beneficial for the customers with reduced electricity rates and improved customer service.

R.K. Singh stated that one of the vital fundamentals of the Indian economy is the availability of power, and its main objective is to provide world-class facilities and services to the citizens of the country. The minister also prioritized the transition of energy toward more green energy, safeguarding the environment for future generations while further advancing the development of the sector. The numerous beneficiary effects of the PM-KUSUM Scheme, particularly in the form of additional income and the cheaper availability of electricity for farmers, were emphasized. The state governments will benefit from the reduced subsidy burden. He emphasised that this would benefit the environment as well as clean and green energy generation. The state-wise status of implementation and the issues that were being faced were discussed in detail during the meeting.

Krishnan Pal Gujjar, Minister of State for Power, praised the states’ efforts and collaboration in achieving 100 percent electrification under the Saubhagaya Scheme. After reviewing the status of the Revamped Distribution Sector Scheme, he stated that the discoms are the nodal points for the consumers in the power value chain and hence their performance is vital.

The government renewed its focus on renewable energy to ensure the availability of a sufficient electricity supply in an environmentally friendly manner. Further, there was an emphasis on providing 24*7 uninterrupted electricity to the consumers, and in order to achieve this, an operationally efficient and financially viable electricity distribution sector became necessary. By keeping in mind India’s sustainable developmental goals, the power generation mix is also rapidly shifting towards a more substantial share of renewable energy.

Trade between India-Bangladesh: The CEPA Boost