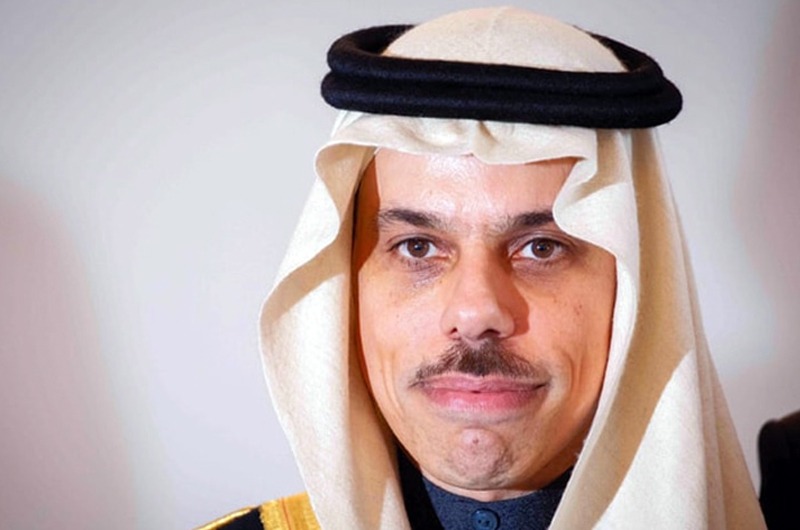 The high-level pledging event for the humanitarian crisis in Yemen was hosted by Saudi Arabia in
partnership with the United Nations. The conference aimed to draw financial pledges from international
donors to meet the basic needs of the Yemeni people. His Highness Prince Faisal bin Farhan Al- Saud ,
Minister of Foreign Affairs affirmed in his speech that, “the Kingdom is keen to support all efforts made
by the UN to reach a sustainable political solution in Yemen, to alleviate the suffering of the Yemeni
people, which in turn supports the humanitarian, economic and development aspects”.
The event is a part of a series of initiatives led by the Kingdom to support comprehensive developmental
and humanitarian aid to the Yemeni people. Till date about $16.9 billion has been donated to the cause.
At the conference, Dr. Abdullah Al Rabeeah, advisor at the Royal Court and the Supervisor General of
King Salman Humanitarian Aid and Relief Centre (KSrelief) Dr. Abdullah bin Abdulaziz Al Rabeeah,
announced Saudi Arabia’s pledge of $500 million to support the Yemen Humanitarian Response Plan for
2020 and the Covid – 19 response plans in Yemen. The Kingdom’s pledge for Yemen includes $300
million allocated to United Nations agencies and the remaining $200 million will be allocated to KSrelief
in accordance with its mechanisms and in coordination with national, international and local
humanitarian organizations. The United Nations Under-Secretary-General for Humanitarian Affairs and
Emergency Relief Coordinator, Mark Lowcock pointed to the support provided by the Kingdom of Saudi
Arabia to Yemen and expressed his hope to obtain donations pledged during the event, which
amounted to $ 1.35 billion. He urged the donors to fulfill their obligations so that the organizations do
not close some of their programs due to insufficient funds.
At the conference, Dr Al Rabeeah also said that the speakers unanimously agreed on the importance of
reaching a political solution to the Yemeni crisis, as well as working to coordinate efforts to help Yemen
to confront the Coronavirus pandemic and reach a better future, while working to activate the
references (the Gulf initiatives, the outcomes of the Yemeni national dialogue, Security Council
Resolution 2216 ).
Last year, Saudi Arabia pledged $750 million benefitting 11 million Yemenis. Sectors with acute need
such as food security, agriculture, health, nutrition among others were funded. In this year’s conference,
His Highness Prince Faisal bin Farhan Al – Saud, urged other donor countries and participants to support
the humanitarian cause in Yemen with the aim of raising $2.4 billion for the world’s biggest aid
operation.
His Excellency Dr. Saud bin Mohammed Al Sati, the Ambassador of the Custodian of the Two Holy
Mosques to India stated that ‘the Kingdom’s decision to organize and sponsor the donor conference
reflects the Kingdom’s continued commitment and support for the welfare of the Yemeni people
especially during the Covid – 19 pandemic.’
Since 2015, King Salman Humanitarian Aid and Relief Center (KSrelief) and 88 humanitarian partners
have implemented 453 projects across 12 food, relief and humanitarian sectors. During the Covid – 19

pandemic, Saudi Arabia has set up a strategic plan to help Yemen through capacity building, funding and
providing the essential medical equipments to help in lifting the suffering of the Yemeni people that
have been caused by the Iranian backed Houthi militias which have been targeting and threatening the
security and stability of the region and safety of the supplies and trade lines.