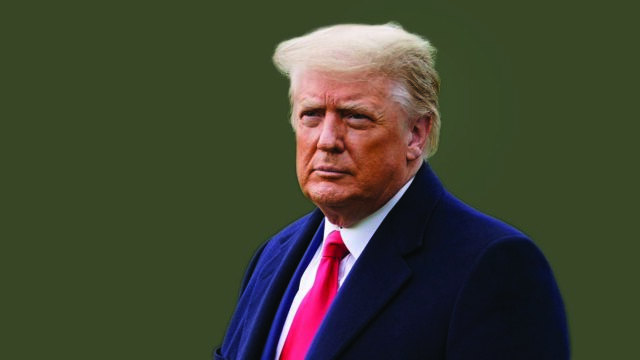 The US Senate voted to acquit former US President Donald Trump who was charged for inciting violence resulting in the Capitol Riots on January 6. This was the second time an impeachment trial was held on Donald Trump. He is the only US President to be impeached twice in the House of Representatives.

The second impeachment trial of Donald Trump began on February 8 and ended on February 13. The US senate was divided over the conviction and fell short of 10 votes to impeach Mr Trump. The 57- 43 vote saw all Democrats voting to convict with support of 7 Republicans. The trial was unique since the former President has already left the office. However, a conviction would have barred him to run again in 2024.

Mr Trump was charged of “incitement of insurrection” for the impeachment trial. However, the lawyers representing Trump argued he could not be tried because he had already left office and that his speech did not amount to an incitement of violence and was protected by the first amendment. His lawyers further argued that he was using the same kind of rhetoric politicians frequently use. They argued the impeachment trial was a “political witch-hunt” and that Trump was a victim of “constitutional cancel culture”.

After the Capitol Hill Riots in January, the Democrats had accused former President Donald Trump of inciting violence. Mr Trump had refused to accept his loss in the 2020 Presidential election held in November last year and had spent weeks trying to overturn the election. In a bitter post election showdown, Mr Trump and his supporters alleged election fraud after losing the election. On the day the US Congress gathered to confirm the election of Mr Joe Biden, Mr Trump held a rally near White House where he claimed his victory was “stolen” by Democrats with his audience chanting “fight for Trump.” The mob soon attacked Capitol Hill and all the members of Congress had to be evacuated.

The images of Capitol Hill “insurrection” shocked and angered many Americans. Many republicans had backed Mr Trump’s claim of fraud in elections, however, they did not defend Mr Trump and the actions at Capitol Hill. Republican leaders Richard Burr of North Carolina, Bill Cassidy of Louisiana, Susan Collins of Maine, Lisa Murkowski of Alaska, Mitt Romney of Utah, Ben Sasse of Nebraska, and Pat Toomey of Pennsylvania voted to impeach Mr Trump in the Senate trial.

With two impeachments, Mr Doanld Trump’s term has been one of the most controversial in US political history.